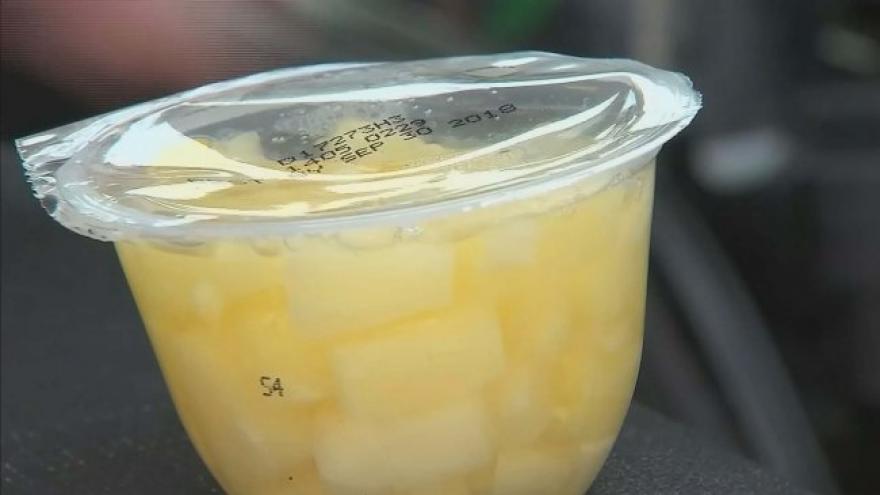 BUTLER, Penn. (WSYX/WTTE) — Two 14-year-olds and a 13-year-old are facing multiple charges are reportedly devising a plan to make sure a girl who was allergic to pineapple came into contact with pineapple juice at school.

Police in the suburban Pittsburgh town said the teens knew their friend was allergic when they came up with the idea. The group reportedly put pineapple juice on their hands and then gave high-fives to several people at lunch, making sure the teen who was allergic was one of the people.

The girl then went into anaphylactic shock.

"There was this discussion at the table that it was a bad idea. Other students said 'no you can't do this, don't do this' but they went along with," Police said.

Investigators say it was clear students knew the girl had a serious pineapple allergy because all students had been educated about it, pineapple isn't allowed on the menu at school, and the district has a plan in place in case something happened. The pineapple fruit cup was brought to the school in a bagged lunch.

Among the charges the teens are facing are aggravated assault, criminal conspiracy, and harassment.