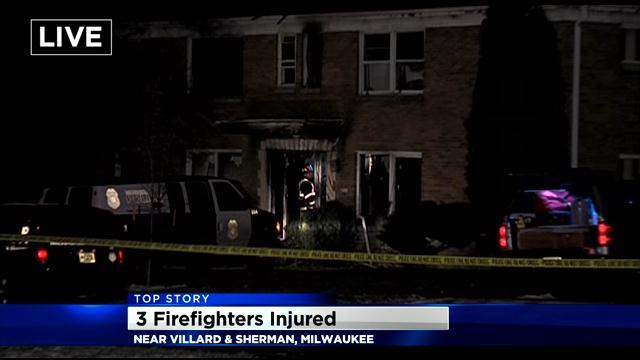 Three Milwaukee firefighters are recovering after being injured in an apartment fire Tuesday night.

Firefighters rushed into the burning building near Sherman and Eggert around 10 p.m. after hearing reports that residents may be trapped inside. The firefighters were overcome by smoke and flames and were forced to jump from a second-floor window.

Fire officials say the firefighters suffered second and third-degree burns, cuts, and bruises. They were taken to a local hospital for treatment.

All residents made it out safely. There's no immediate word on what started the fire.

Stay tuned to CBS 58 for updates.