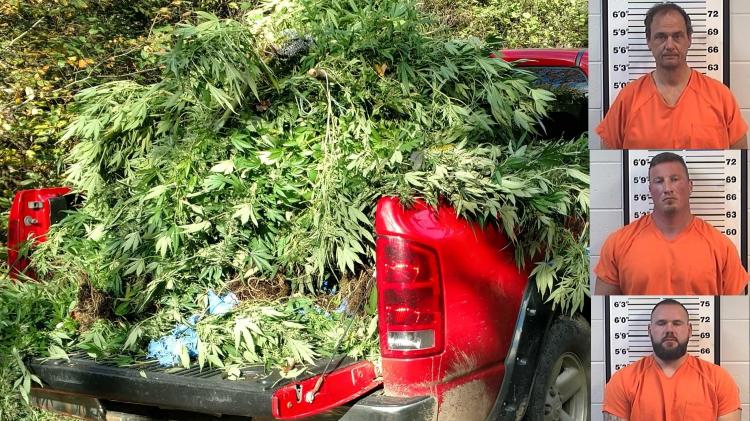 In the early morning hours of Saturday, October 8 the Forest County Sheriff’s Office Drug Task Force along with the assistance of several Deputies executed a Search Warrant on a very large outdoor marijuana grow operation in the Town of Armstrong Creek.

Forest County Sheriff Dennee said the investigation started after a concerned citizen contacted the Forest County Sheriff’s Office Drug Task Force to report marijuana growing near their property. Sheriff Dennee said that the execution and arrests went as smooth as they did thanks to a very thorough investigation and the assistance of the Drug Task Force, other Sheriff’s Deputies as well as his Dispatchers and Corrections staff.