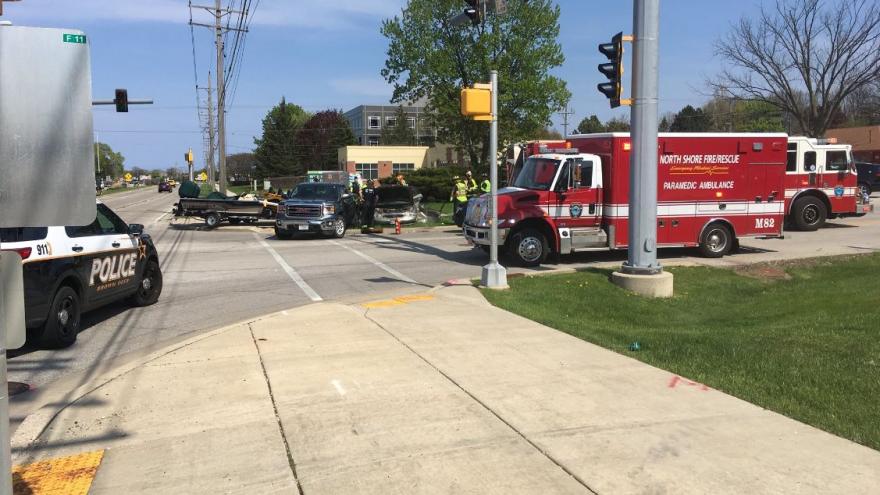 North Shore Firefighters had to extricate at least one person from the cars.

The driver that caused the crash along with his passenger were taken to the hospital. The 65-year-old driver of the Ford Edge also suffered injuries and went to the hospital.

The 35-year-old was cited for failure to obey a red traffic signal and failure to wear a seatbelt.