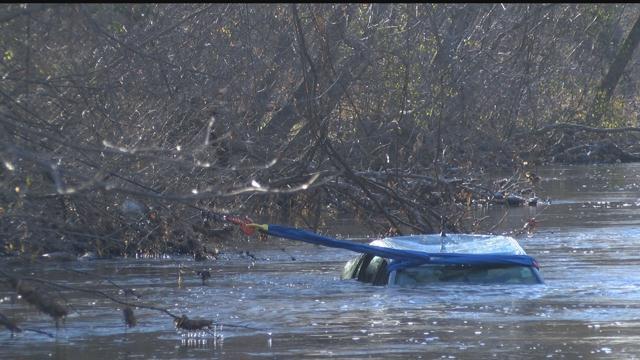 Milwaukee Police want to know why a car with three people inside ended up in the Menomonee River early Sunday morning.

The incident happened near Center Street and Menomonee River Parkway around 4:00 AM.  Several hours later, around 8:30 AM, the car was pulled out.

A neighbor told us this sort of thing is nothing new, "this has happened before where a car drives down Center Street at a high speed and hit the river…and like I said, it happens every two or three years. And, you know, fortunately no one was injured in this," said David Radtke.

Police say the three people in the car were able to climb out.