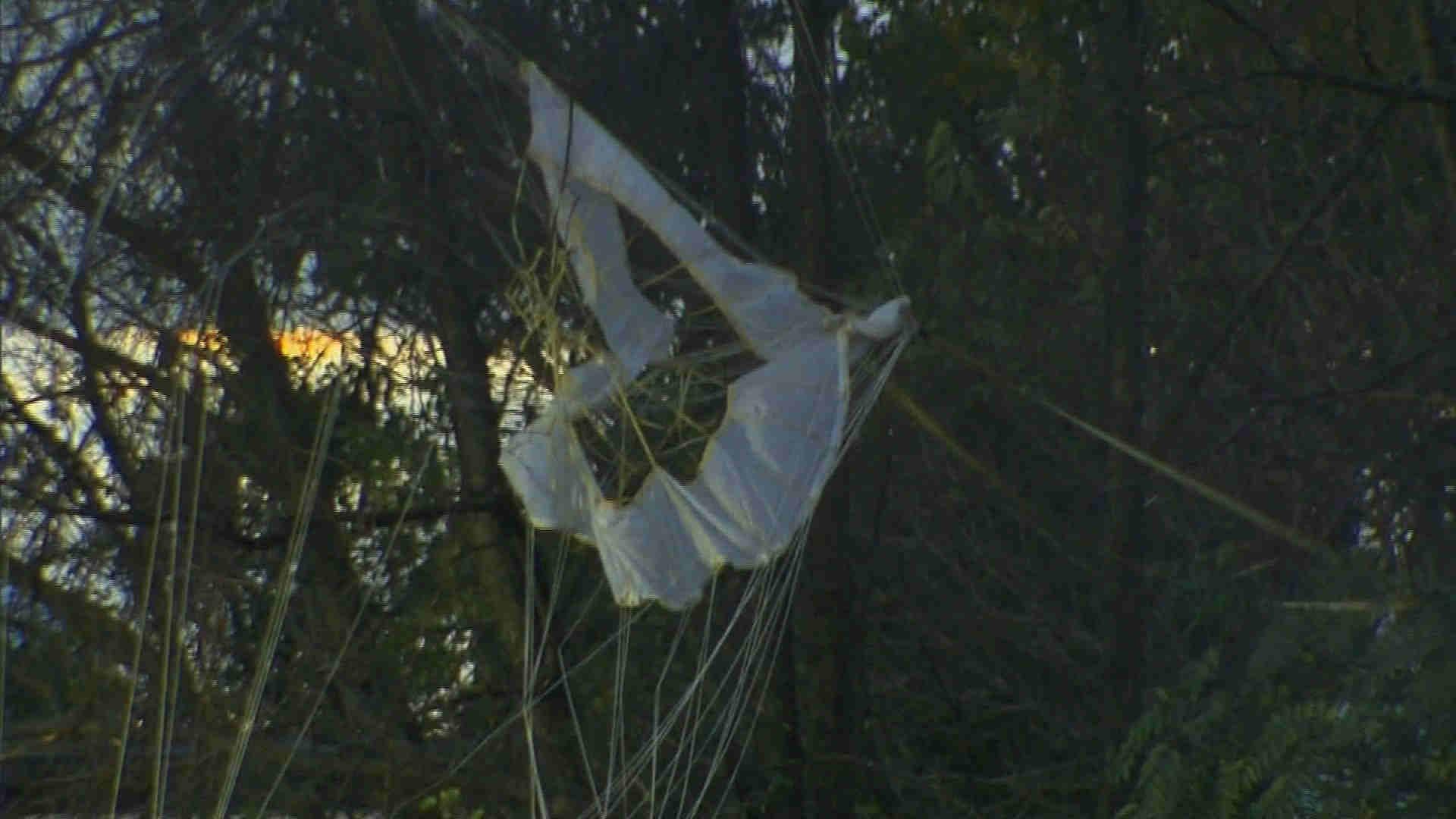 Three people died and two were injured when a small aircraft and a helicopter collided Thursday afternoon at a municipal airport in Frederick, Maryland, according to Frederick County Fire Chief Denise Pouget.

Maryland State Police told CNN it \"appeared\" to have been an in-flight collision.

\"Emergency personnel from Frederick County responded and found two crash scenes,\" said Maryland State Police spokesman Greg Shipley. \"A small plane was found in a thin wooded tree line. Two persons were aboard that aircraft both of whom were transported to the Meredith Medical Center in Hagerstown.\"

\"The other crash scene was about a tenth of a mile from that location where there was a self-storage facility. There was a helicopter that crashed between storage lockers at that location. There were three people confirmed deceased. We do not know if all three were on board the aircraft,\" said Shipley.

One of the men was uninjured and the other had a laceration to the forehead, said National Transportation Safety Board investigator Brian Rainer.

A preliminary incident report released by the Federal Aviation Administration said a Cirrus SR 22 aircraft and an R44 helicopter collided at the southwest corner of Frederick Municipal Airport at about 3:40 p.m. ET.

\"It was about a mile from the airport in an open field. It's an industrial area,\" said Pouget.

\"The SR22 was inbound to the airport and the helicopter was involved in a training exercise when the accident occurred,\" said the FAA.

The helicopter, tail number N7518Q, was registered to Robinson Helicopter Company, Fly for Fun LLC, in Rockville, Maryland. Records indicated it could carry up to four passengers.

Audio from air traffic control recordings indicated the aircraft was cleared for landing seconds before the crash. The airport tower control operator can be heard telling the pilot \"three helicopters below you in the traffic pattern\" as she directed the pilot to a runway. Moments later, an airport worker can be heard telling the tower operator \"airplane down and helicopter down.\"

FAA records indicated the plane was a fixed wing, single-engine craft. It had a parachute mechanism which deployed during the crash, as could be seen in video shot by CNN affiliate WJZ. Video showed the plane hanging from trees with an orange and white parachute deployed over a grassy area. Wreckage of a green helicopter could be seen by an airport building.

The FAA and the NTSB will investigate.

\"We have a helicopter specialist in route and an air traffic control investigator. We may expand the team to include an operation specialist,\" said Rainer.