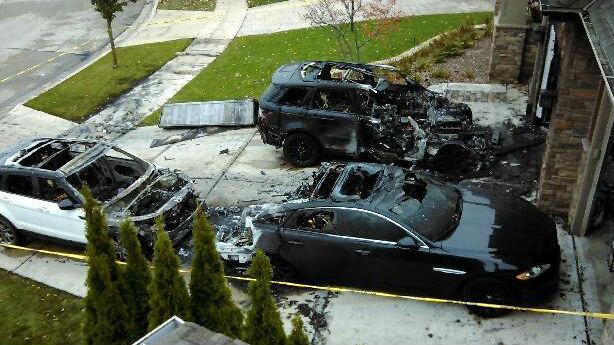 Neighbors tell us they love living near Anthony Pettis; that he's quiet and very kind.  But they think Pettis was targeted Thursday morning and can't imagine why.

Milwaukee police say around 1:00 AM Thursday morning they were called to this home on South Cherokee Way for a report of fire.

What they found was three vehicles up in flames.

Its the home of MMA fighter Anthony Pettis who has spoken out to us in the past about violence in Milwaukee.

Milwaukee police say someone used an accelerant to set two vehicles on fire which spread to a third.

Neighbors who didn't want to go on camera say they heard loud bangs as tires and gas tanks exploded.

We knocked on Pettis door but didn't get an answer.

His neighbors say it could have ended up much worse and they want the person or persons who did this held responsible.