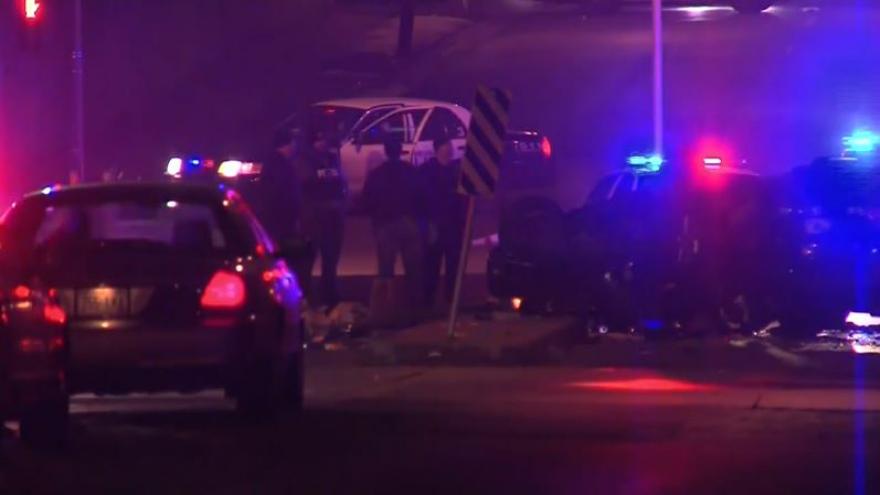 It happened during a police pursuit.

Police said officers were chasing a vehicle reportedly taken in a carjacking. According to investigators, three suspects approached a 57-year-old woman and stole her Lexus. Officers found the vehicle and began to pursue it.

Police say the squads lost sight of the vehicle and a few minutes later it crashed.

MPD's Robbery Task Force located the vehicle around 7 p.m. and began to pursue. The squads lost sight of the vehicle and it later crashed near Fond Du Lac Ave. and Locust Ave.

The three occupants in the vehicle were a male, 17, female, 15, and a yet-to-be identified male who suffered serious injuries. He was transported to a local hospital.

MILWAUKEE (CBS 58) -- Four people were taken to the hospital and three were arrested after a two car crash in Milwaukee near the intersection of Fond du Lac and Locust. The crash was reported Sunday evening.

Milwaukee Police tell CBS 58 they were not actively pursuing the car when it crashed, but they had chased it earlier in the day and lost it.