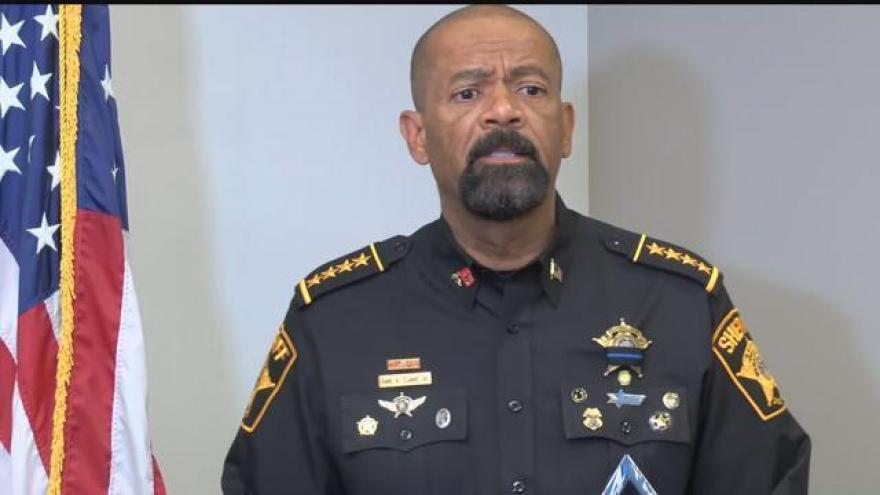 Milwaukee County Sheriff David Clarke has responded to a complaint against him, which claims he detained and questioned a man after the two exchanged words on a flight.

"Next time he or anyone else pulls this stunt on a plane they may get knocked out. The Sheriff said he does not have to wait for some goof to assault him. He reserves the reasonable right to pre-empt a possible assault."

The "he" Clarke appears to be referring to is Dan Black, the man who filed a complaint against him Tuesday.

"It's absurd to me to file a complaint and initially the first response from the Sheriff is, 'I'm gonna knock him out," says Black.

"Clearly the Sheriff believed that he was using, or would need to use that force, to neutralize the situation," says Maistelman. "Law enforcement members have the right to use force as part of their job."

Lower courts have ruled that a "true threat" depends on how an objective person perceives the message. For more than four decades, the Supreme Court has said that "true threats" to harm another person are not protected speech under the First Amendment.

"The facts are going to drive whether what took place was appropriate or not," he says.

It's also unclear whether or not the Sheriff violated a Code of Conduct he signed when he took office. That document states:

Police officers will behave in a manner that does not bring discredit to their agencies or themselves. A police officer's character and conduct while off duty must always be exemplary, thus maintaining a position of respect in the community in which he or she lives and serves. The officer's personal behavior must be beyond reproach.

"It's embarrassing to Milwaukee," says Black. "He doesn't dispute any of it, because he knows it all happened, and so his only response can be, if it happens again I'm gonna knock this goof out."