Threat eases at nation’s tallest dam, in NorCal, but evacs still in place 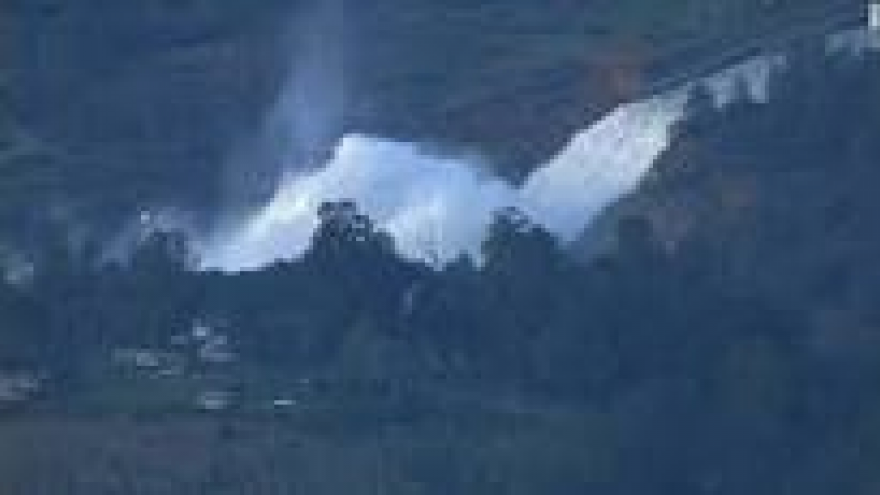 OROVILLE, Calif. – Some 188,000 people were ordered or urged to evacuate in Northern California after authorities warned an emergency spillway in the country’s tallest dam was in danger of failing Sunday and unleashing uncontrolled flood waters on towns below.

Officials warned residents that the spillway could fail within an hour.

There were still many unknowns, authorities said.

Gov. Jerry Brown issued an emergency order late Sunday night to bolster the state’s response to the situation at the dam.

The California Department of Water Resources said it was releasing 100,000 cubic feet of water per second from the main, heavily damaged spillway in an attempt to drain the lake enough to have it drop 50 feet.

Officials say Oroville Lake’s levels had decreased by Sunday night.California Department of Water Resources Acting Director Bill Croyle said at the news conference that the plan was to continue withdrawing that amount of water for as long as possible. Croyle said a key goal is to reduce the dam’s level ahead of storms forecast to reach the area Wednesday.

About 150 miles northeast of San Francisco, Lake Oroville is one of California’s largest man-made lakes, and the 770-foot-tall Oroville Dam is the nation’s tallest.

Over five hours after the evacuations were called for, hundreds of cars carrying panicked and angry people were sitting in bumper-to-bumper traffic.

“The police came and told us to evacuate,” said Kaysi Levias who was with her husband, Greg, at a gas station as they attempted to flee.

“Not giving us more warning,” said Kaysi, finishing his sentence.“We’ve never been through this before,” said Kaysi Levias. “We have two boys and our dog. All the stuff we could fit in the trunk - clothes and blankets.”

What they couldn’t fit they piled as high as they could in their downstairs Yuba City apartment and joined the line of traffic attempting to leave the city where they had moved just three weeks ago.

They went out around 4 p.m. after engineers spotted a hole that was eroding back toward the top of the spillway.

The erosion at the head of the emergency spillway threatened to undermine the concrete weir and enable large, uncontrolled releases of water from Lake Oroville, the California Department of Water Resources said. Those potential flows could overwhelm the Feather River and other downstream waterways, channels and levees.

Sheriff Honea said engineers with the Department of Water Resources informed him shortly after 6 p.m. that the erosion on the emergency spillway at the Oroville Dam was not advancing as fast as they thought.

“Unfortunately, they couldn’t advise me or tell me specifically how much time that would take so we had to make the very difficult and critical decision to initiate the evacuation of the Orville area and all locations south of that,” he said. “We needed to get people moving quickly to save lives if the worst case scenario came into fruition.”

Honea said the plan was to plug the hole by using helicopters to drop rocks into the crevasse.

A California National Guard official said it will provide eight helicopters to assist with the emergency spillway reconstruction.

Adjunct General David S. Baldwin said the helicopters will also be available for search and rescue Monday near the Oroville Dam.

He added that the California National Guard put out a notification to all 23,000 soldiers and airmen to be ready to deploy if needed.

Baldwin said the last time an alert like Sunday’s was issued for the entire California National Guard was the 1992 riots in Los Angeles.

Water began flowing over the emergency spillway at the Oroville Dam in Northern California on Saturday for the first time in its nearly 50-year history after heavy rainfall. Officials earlier Sunday stressed the dam itself was structurally sound and said there was no threat to the public.

Residents of Oroville, a town of 16,000 people, should head north toward Chico, and other cities should follow orders from their local law enforcement agencies, the Butte County Sheriff’s office said.

The Yuba County Office of Emergency Services asked residents in the valley floor, including Marysville, a city of 12,000 people, to evacuate and take routes to the east, south, or west and avoid traveling north toward Oroville.

Unexpected erosion chewed through the main spillway during heavy rain earlier this week, sending chunks of concrete flying and creating a 200-foot-long, 30-foot-deep hole that continues growing. Engineers don’t know what caused the cave-in, but Chris Orrock, a spokesman for the state Department of Water Resources, said it appears the dam’s main spillway has stopped crumbling even though it’s being used for water releases.

The lake is a central piece of California’s government-run water delivery network, supplying water for agriculture in the Central Valley and residents and businesses in Southern California.