Thousands of puffins have died, and scientists believe climate change played a role 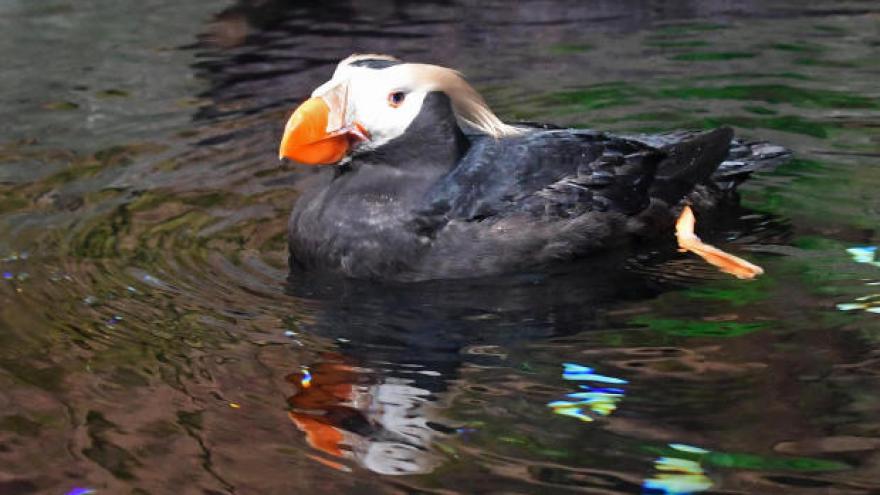 Thousands of tufted puffins — the instantly recognizable black and white birds with large orange beaks — starved to death in the Bering Sea from 2016 to 2017. Now, researchers say climate change is likely an underlying cause of the mass die-off.

According to a new study in the journal PLOS ONE, from October 2016 through January 2017, birds known as alcids — a group that includes puffins, auklets and other species — experienced a mass mortality event. Researchers recovered carcasses of more than 350 of the birds on St. Paul Island in Alaska, and they estimate that anywhere from 3,150 to 8,800 birds in total died during the 2-3 month period.

Scientists found that the birds — mostly tufted puffins and crested auklets — died due to a lack of adequate food supply. The bodies they found were severely underweight, and they believe global warming may be at least partially to blame, indicative of "a changing world."

"Mass mortality events are increasing in frequency and magnitude, potentially linked with ongoing climate change," the authors of the study concluded. "These 'massive mortality events' — defined as catastrophic, but often short-lived, periods of elevated mortality — can affect substantial proportions of a population, occasionally with long-term consequences to population size."

The fish population — which puffins typically rely on for food — has exponentially declined in warmer water. The population of zooplankton, which those fish prey on, has also declined.

According to the study, many of the dead birds were also molting — a process of feather regrowth — at their time of death. The process makes flying difficult, so a lack of easily accessible prey contributed to their untimely death.

"Mass mortality events of marine birds are often linked to food stress," the researchers wrote. Two other similar events occurred in the same region in 1983 and 1997, both of which were linked to prey abundance relating to climate anomalies.

Scientists suggest that a broad-scale ecosystem change is responsible for increasing mass die-off events in recent years. Not only are these events becoming more frequent, they're also increasing in magnitude, with the number of fatalities higher for birds, fish and marine invertebrates.

Earlier this month, a U.N. report warned that the risk of extinction currently looms over 1 million species of plants and animals worldwide. That report highlighted five ways people are reducing biodiversity: Overfishing, habitat destruction, the burning of fossil fuels, pollution, and invasive species.

Species loss is accelerating to a rate tens or hundreds of times faster than in the past, the U.N. report said. More than half a million species on land "have insufficient habitat for long-term survival" and are likely to go extinct, many within decades, unless their habitats are restored.