Thousands gather in downtown Milwaukee for March for Our Lives rally

NOW: Thousands gather in downtown Milwaukee for March for Our Lives rally

MILWAUKEE (CBS 58) -- On Saturday, March 24, thousands gathered in front of the Milwaukee County Courthouse for the March for Our Lives rally.

Thousands are gathered at the Milwaukee County Courthouse for #MarchForOurLives@CBS58pic.twitter.com/xdL3Mq0LQn

The rally comes one month after the Marjory Stoneman Douglas High School shooting in Florida that killed 17 people. 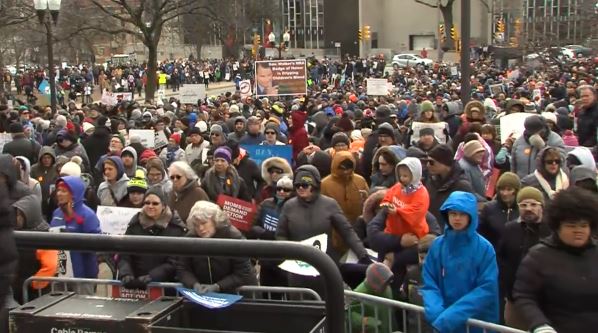 Student activists gathered in cities across the country to send a message to lawmakers. Organizers are calling for tougher gun laws and for legislators to take action.

One of the many signs here at Milwaukee’s #MarchForOurLives@CBS58pic.twitter.com/1rVHcDlOae

The march in Milwaukee started Saturday at 10:00 a.m. and is expected to last until 3:00 p.m. Protestors are rallying from the Milwaukee County Courthouse to City Hall. 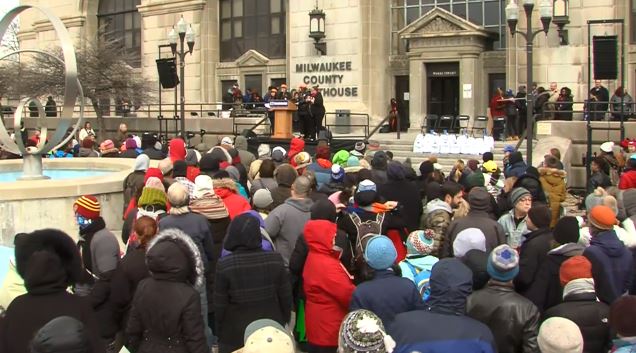 The names of the #Parkland victims are draped over fence at Milwaukee’s #MarchForOurLives. @CBS58pic.twitter.com/rlm2550Q4q


This is a developing story. Stay with CBS 58 on air and online for the latest updates.