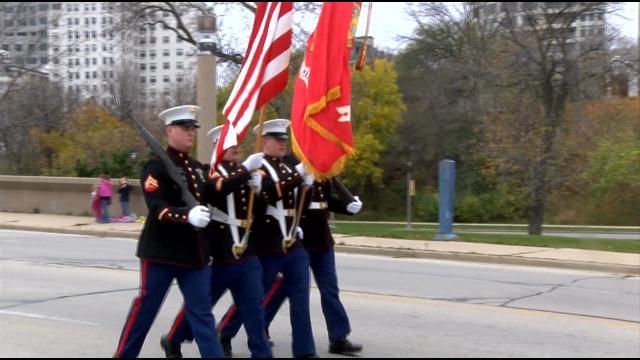 It was a chilly start for Saturday's Veterans Day Parade, but the weather was no match for those wanting to celebrate the sacrifices of our nation's heroes.

\"My dad and my uncle are in the parade and they are veterans of the Vietnam War,\" said Meghan Sebrianek.

She attended the parade while others participated.

\"We will continue to serve the living and honor the dead,\" said Curtiss Peck. Peck rode his motorcycle in the parade.

Peck is also a veteran. He was in the Air Force and Air National Guard. He also helped establish the Riders of Wisconsin.

\"To see from little children to older people saluting the flag, that means a lot to me,\" said Peck.

He said he has been riding in the Veterans Day Parade for several years. It's a tradition he doesn't plan on changing.