This November Rivals Coldest in History

Anyone else wondering where Autumn is?! Feels like we went from summer, to a deluge of rain, then right to winter! And with just three days left in the month, it's now looking to close as one of the coldest on record.

After a very rainy October, November started that way too. But the wet start was quickly replaced with chilly temperatures, and snow. To date, Milwaukee has picked up almost a half foot of snow, with one additional snow chance before the month ends. The normal November snow is just 2.4", so we've more than doubled that! 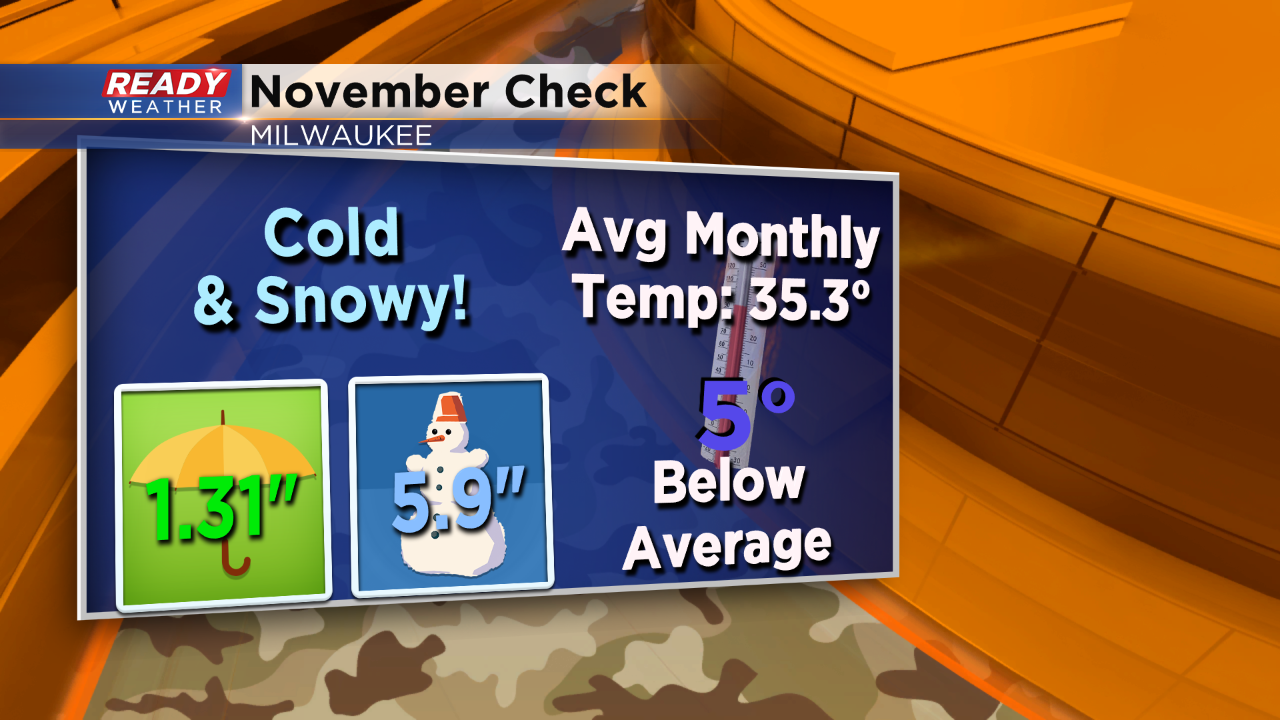 In terms of temperatures, that's also featuring more of a winter scenario! Most days ended colder than normal. The average monthly temp is nearly five degrees below normal, which is substantial. Take a look at just the highs this month: 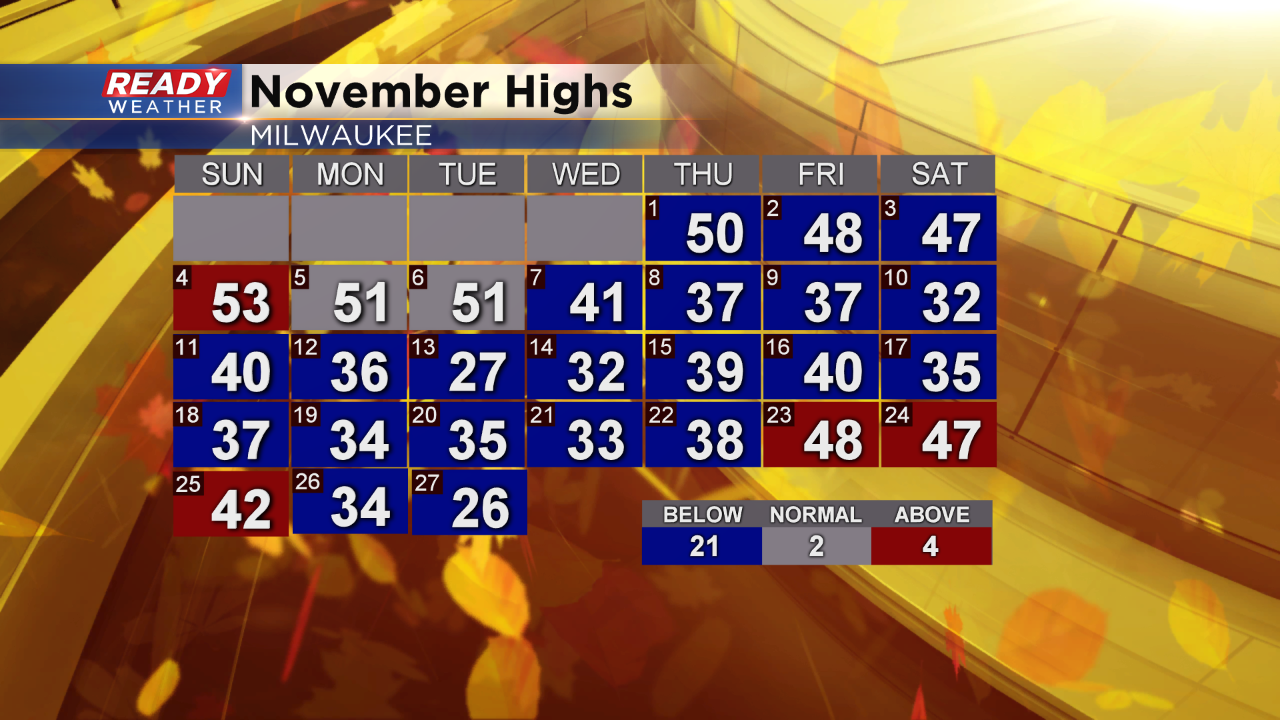 Only four days actually had highs above the average high for each date. While it is a big transition month as we cool into winter, generally, not this cold!

As you can see, average highs start in the 50s and only fall to the 30s for the last two days of the month. But as you glance back up to the calendar, you'll see over half the month with highs 30s or colder. 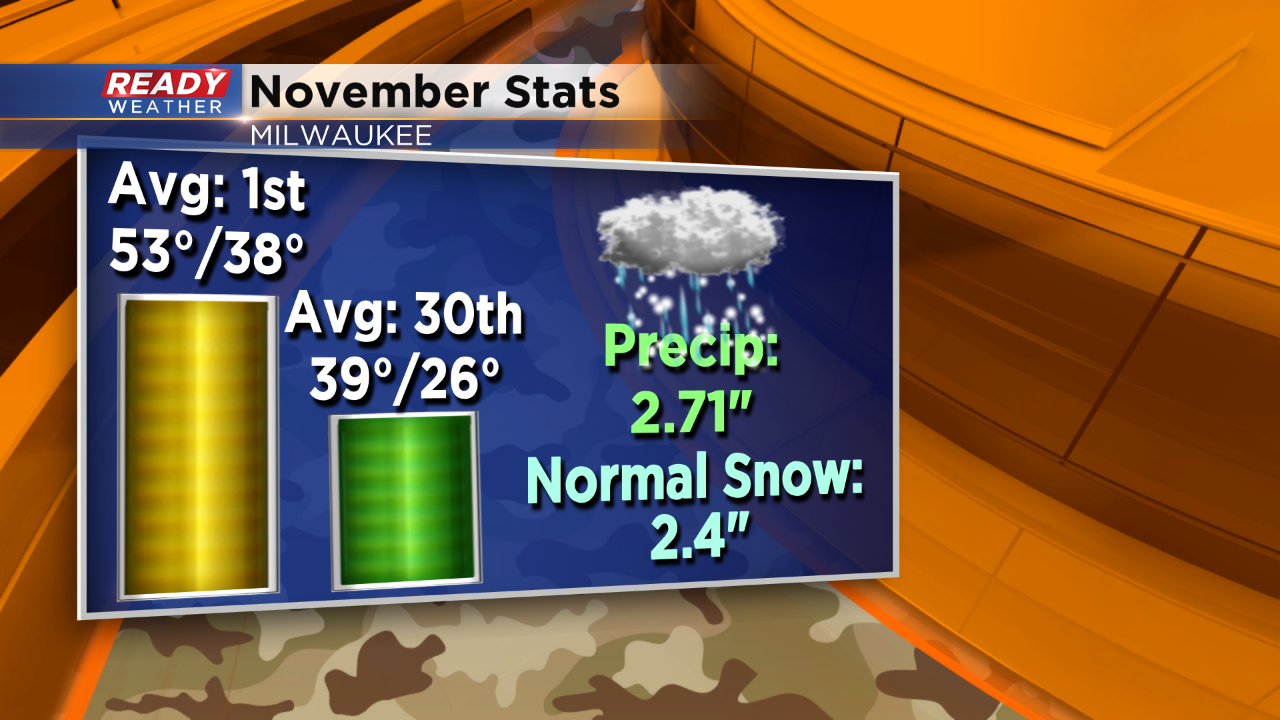 I decided to dig back through the record books and found just a handful of colder Novembers. Below you'll see the last five Novembers, finding our first colder one in 2014. Additionally, six other years ended with an average high in the 30s. 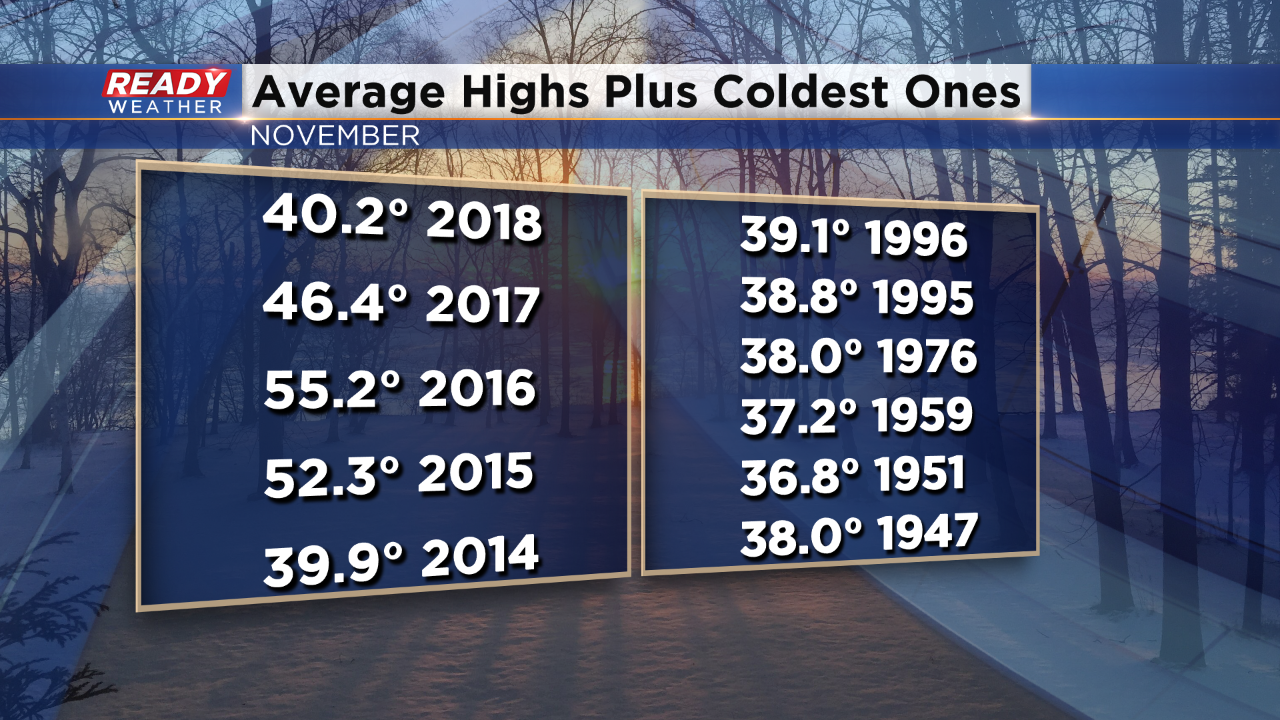 If the month ended today, it would go down as eighth coldest in terms of high temperatures.