'This is my home': Giannis explains decision to sign long-term deal in Milwaukee 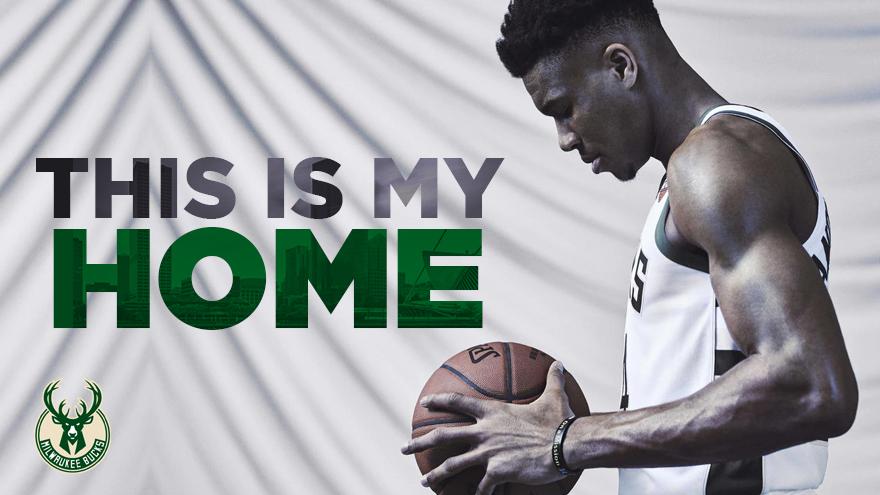 MILWAUKEE (CBS 58) -- Two-time reigning NBA MVP Giannis Antetokounmpo was given more than 228 million reasons to stay in Milwaukee, but when push comes to shove he didn't re-sign with the Bucks for money. It was all about family.

Giannis explains why he signed the supermax with the @Bucks. pic.twitter.com/umiUIotzWs

The Greek Freak's celebration was all about family, too. He didn't do anything lavish after signing the 5-year, $228.5 million contract, instead having a family dinner before buying new toys for his young son, Liam.

Giannis says Milwaukee is “the place where I want to raise my kids.”

During his first chat with the media after the extension, Giannis also pointed out that loyalty has always been important to him and that he feels the Bucks' front office has built a great team around him.