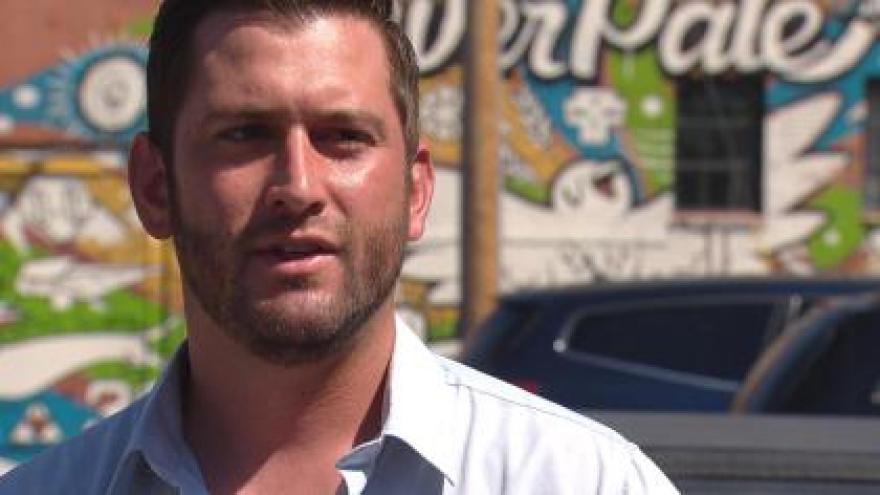 DENVER (CBS4) – Police are investigating after a man reported he was knocked out by a group of men near 22nd and Lawrence Street in Denver. The victim says the suspects then posted a celebratory video on his own Snapchat account.

Ryan Coupens told CBS4’s Dillon Thomas he was attempting to get home when the group attacked him Saturday night.

“I had split off from my friends, and I was going to call an Uber,” Coupens said.

Coupens said the group of young men surrounded him. What happened next was unclear.

“I do not remember anything past swinging, trying to get them off me,” Coupens said. “All a sudden, I wake up, and I don’t have any of my stuff.”

Coupens believes the men who attacked him stole his belongings while he was unconscious.

His cellphone, keys, designer watch and more than $700 in cash were missing when he woke up.

Coupens said the most confusing part of the story came,when his friends noticed a suspicious video on his Snapchat account. Coupens said the suspects who attacked him posted a video on his account, where they were seen celebrating and laughing. One of the men in the video even had blood on his forehead.

Coupens shared the video on Facebook in an attempt to identify the suspects. He said the suspects might have been a clear example of “stupid criminals.”

“It put their face out there, for everyone to see. Social media is very powerful,” Coupens said.

Coupens believed the blood was a result of a punch he threw, when the men attacked him.

Coupens filed a police report, which Denver police said they were looking into.

As the investigation continued, Coupens said the suspects used his credit card to purchase gift cards from a Park Hill Walgreens.

Coupens obtained photos from the Walgreens. He said the man in the photos, who used his credit card, may have been one of the men who attacked him.

Standing taller than 6 feet, Coupens said his concern is now for those who go out in the same area he was. Coupens said that if the suspects were able to knock him out, he could only imagine what they would do to a smaller individual.

“Just be aware of your surroundings. Because, I didn’t even see it coming,” Coupens said.