The Start of The Meteorological Winter 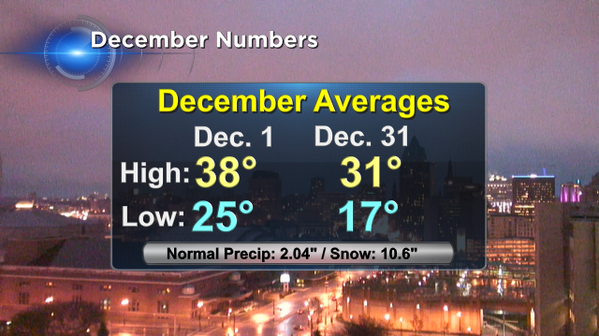 It's December, and it's also considered the start of the meteorological winter, even though the season doesn't officially start on the calendar for another three weeks.

If you look at the December data for Milwaukee, you see how temperatures really start to fall.  In the beginning of the month, the normal high and low are 38 and 25 respectively.  By the end of the month (and year), the "normals" are 31 and 17.  We can also expect more than ten inches of snow to fall.

And in case you're wondering, at least according to the calendar, winter officially begins on December 21 at 10:48 pm CST.