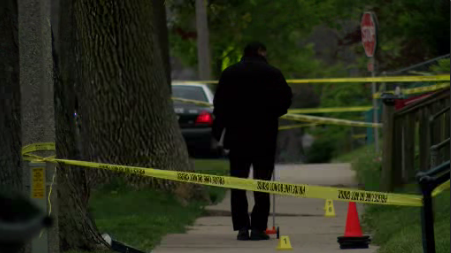 MILWAUKEE - This weekend marks the twelfth anniversary of Mayor Barrett's Ceasefire Sabbath, an effort to mobilize the faith-based community to work collaboratively to improve public safety and strengthen neighborhoods.

Today, the mayor visited three places of worship to engage the various faith communities in an effort to fight violence and promote safety in Milwaukee. In addition, Mayor Barrett has asked all faith leaders to spread a message of peace and non-violence throughout local neighborhoods. This comes after a violent weekend in Milwaukee.

Yesterday afternoon, three people were shot in two separate incidents. The first occurred around noon yesterday in the 2800 block of N. Richards Street. Three individuals were sitting in a car when two suspects approached the car and began shooting into it. The car drove off and crashed a short distance away. Two of the occupants were hit by gunfire and taken to the hospital. One subject, a 29-year-old male died from his gunshot wound. The second man, a 30-year-old, is being treated for a non-life threatening wound.

A separate incident happened around 2:30 p.m. yesterday in the 4100 block of N. 22nd Street. Three subjects were sitting in a vehicle when two suspects approached the car. A confrontation began which led to gunfire. A 22-year-old male was shot. He was taken to a local hospital by friends and is being treated for a non-life threatening injury.