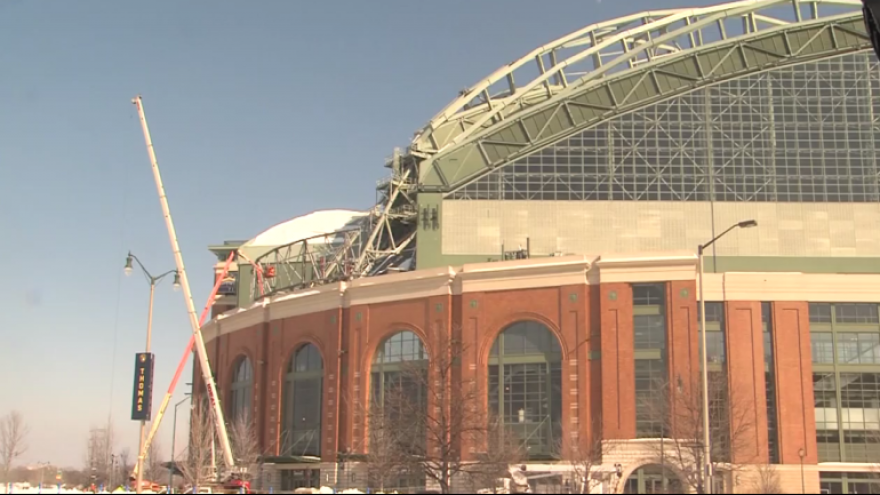 MILWAUKEE (CBS 58) --- Change continues over at the home of the Milwaukee Brewers. The iconic "Miller Park" sign at the Brewers ballpark has been completely removed.

They began taking down the sign earlier this week.

The company has the name rights for the next 15 years.

The 52,000 lbs. American Family Field sign is here! Work is underway to install the new sign on the stadium. pic.twitter.com/ZQYJCgazam