The Hop to adjust service, display 'Thank a Veteran' messages in honor of Veteran's Day weekend 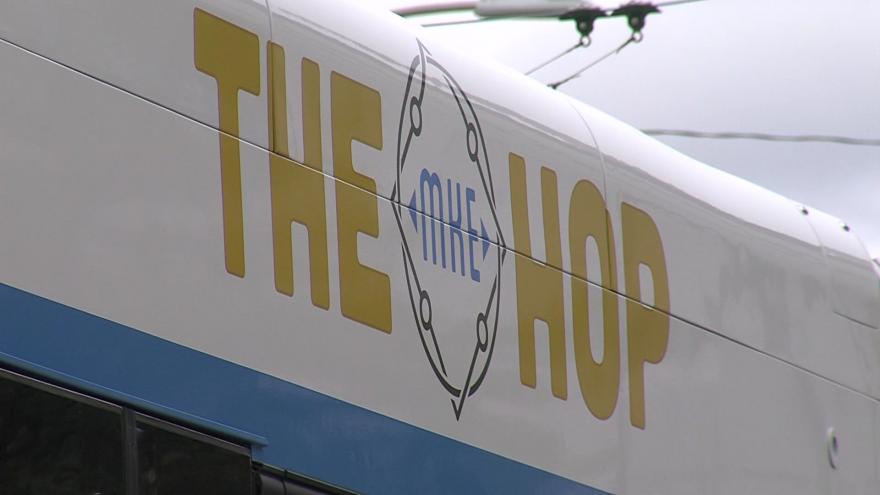 MILWAUKEE (CBS 58) -- The Hop will adjust its service on Saturday to accommodate the Veteran's Day parade route along Kilbourn Avenue.

From 10 a.m. until the conclusion of the parade around 1:30 p.m., service to the northern portion of The Hop's route will be temporarily suspended.

Parade-goers can still utilize The Hop to get to the parade if traveling from the southern portion of the route.

Streetcars will remain in service throughout the day but travel in a condensed loop during the parade from the Intermodal Station east to Milwaukee St., north to Kilbourn Ave, west to Broadway and south back to St. Paul to return to Intermodal. The City Hall NB and SB stations on Milwaukee St. and Broadway just north of Wells St. are the closest stops to the parade route.

The Hop will also display a 'Thank a Veteran' message on the external LED screens throughout the weekend.

The parade steps off at 11:00 a.m. Saturday near Kilbourn and Plankinton and ends at the War Memorial on the Lakefront.

There will be more than a thousand veterans marching in the parade as well as floats and bands.