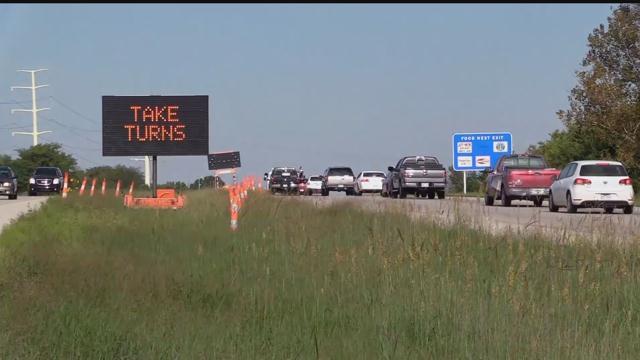 Our partners at CBS Network have taken a closer look at the zipper merge concept.

Now engineers in other states are using the same idea in construction zones.

Kansas is one of at least eight states which have encouraged drivers to use the zipper merge system.

As Kris Van Cleave found out when he visited recently, K-DOT has put up signs asking driver to use both lanes and take turns near a bridge construction project outside Kansas City.

KDOT has concluded that the zipper merge brings predictability to the commute.

They know that it takes 5-to-6 minutes to get through the work zone even in peak traffic. The cars keep moving and they come together, well, like the teeth of a zipper.

Several studies point to the benefits of late or zipper merging, including up to 50% shorter lines and a  reduction in speeds around construction workers. Drivers are also reporting less stress and anxiety.

But transportation officials in California say they aren't convinced.

"We don't want those people to cut in at the very last second, explained Dinger. "Not only can it lead to road rage incidents, but it can lead to sudden breaking which can cause a direct collision."

What do you think of zipper merges?