Snow is moving north, but for how long? 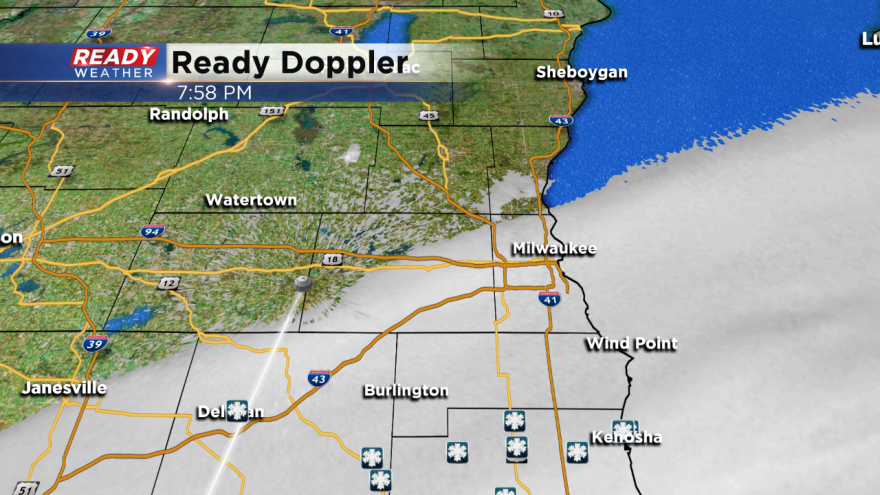 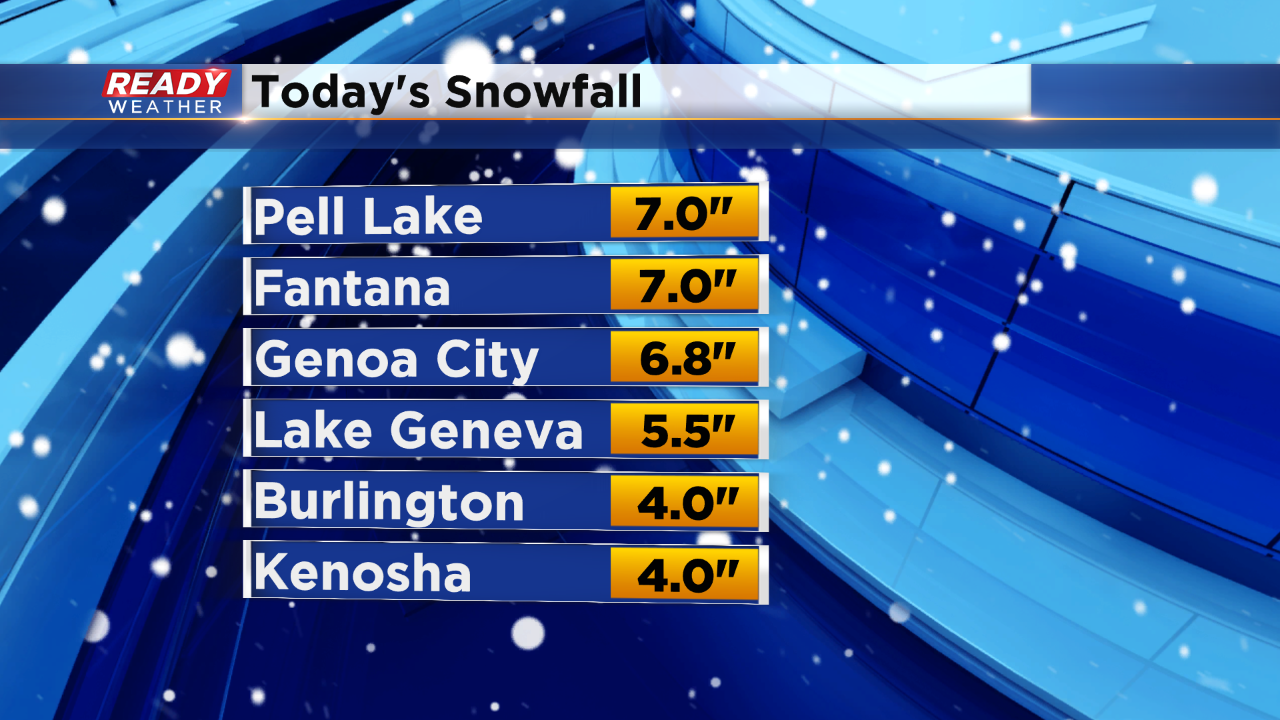 Here are some of the latest totals...they greatest totals are confined south across Walworth, Kenosha, and Racine counties. 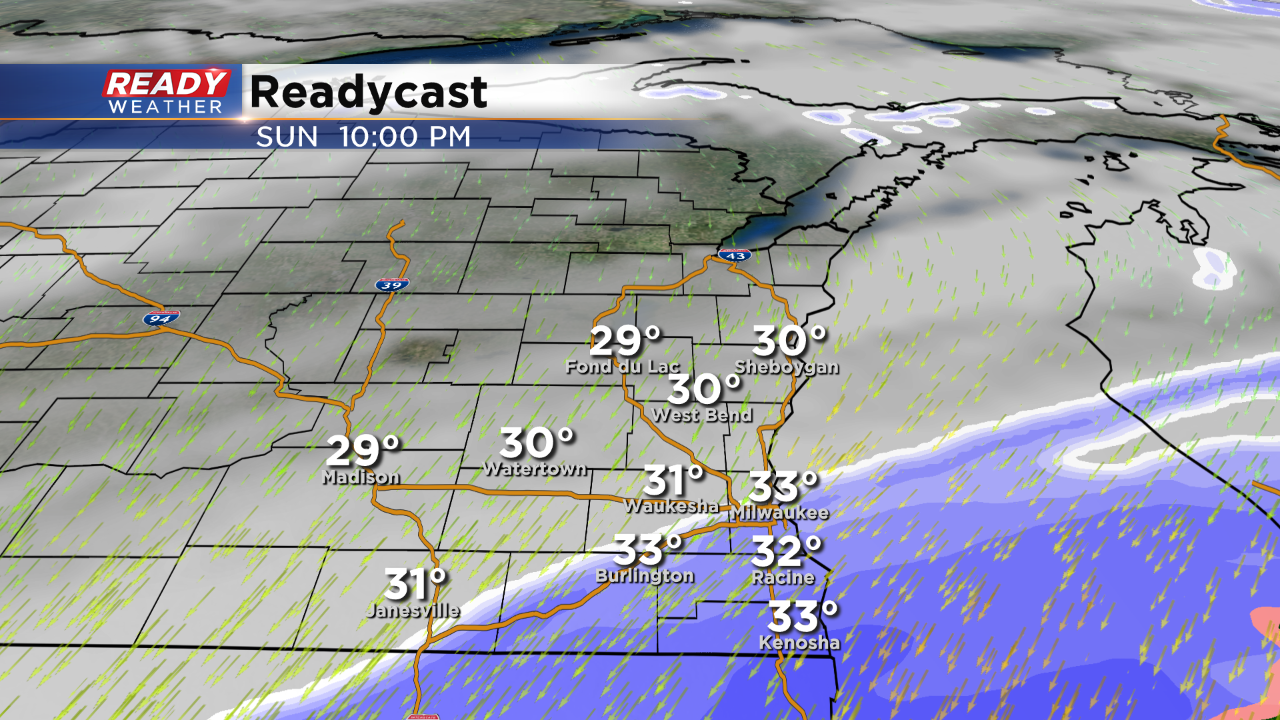 While the overall trend has been for the snow to creep north, over the next couple of hours it will likely stall and not move much more.  The short term models will move the snow back south after midnight.  Places like Kenosha, Walworth, and Racine counties will remain in the snow through 3 am.

Heavy snow will continue south of I-94 with very tough travel. 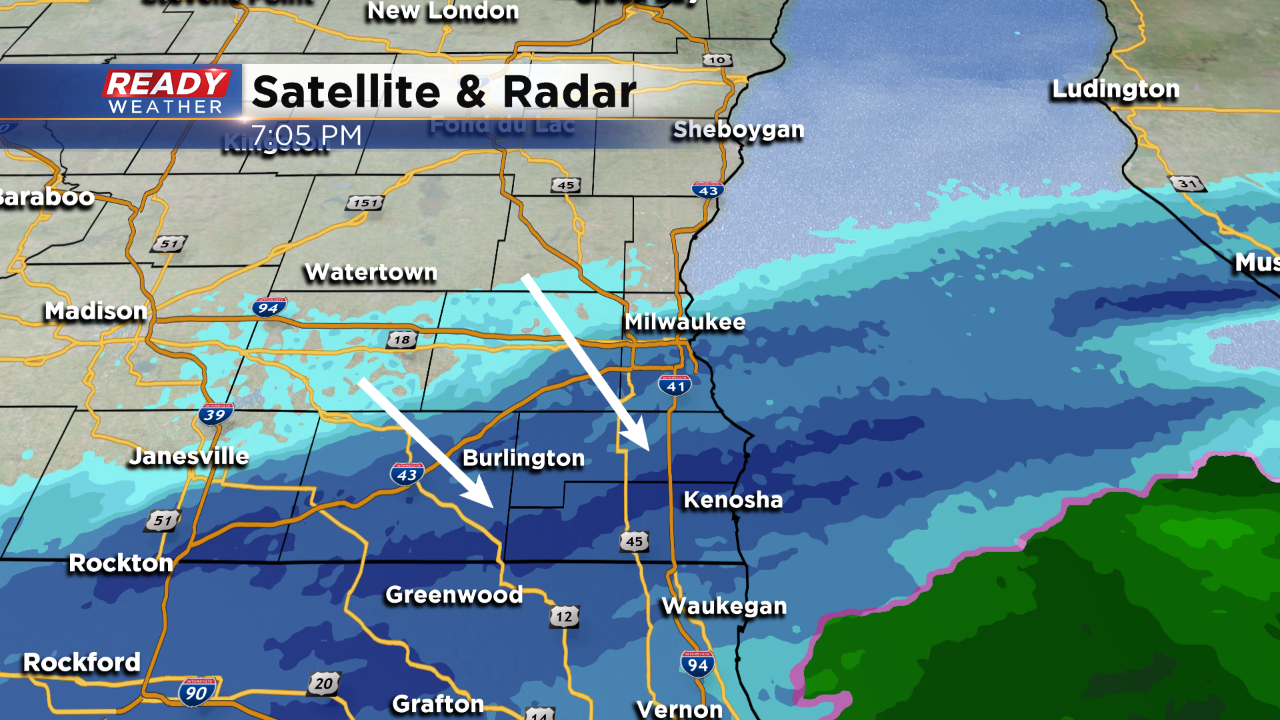 This color coded radar image shows the deep blue band across Racine and Kenosha counties.  This band might not move much over the next several hours, and it could snow 1" to 2" within that band.  2" to 5" has already fallen in our southern counties.

With that being said Milwaukee is now experiencing snow with no accumulation at this point.  There is some talk about pulling some counties from the winter weather advisory.  Will wait and see. 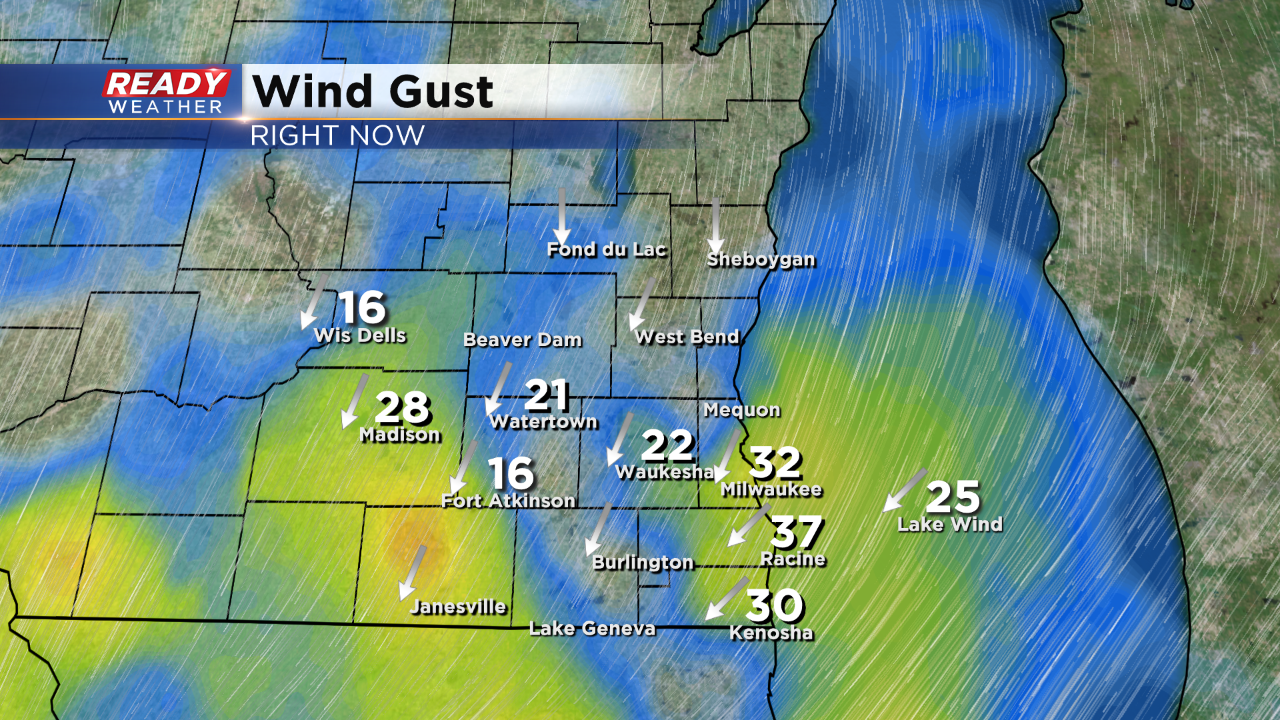 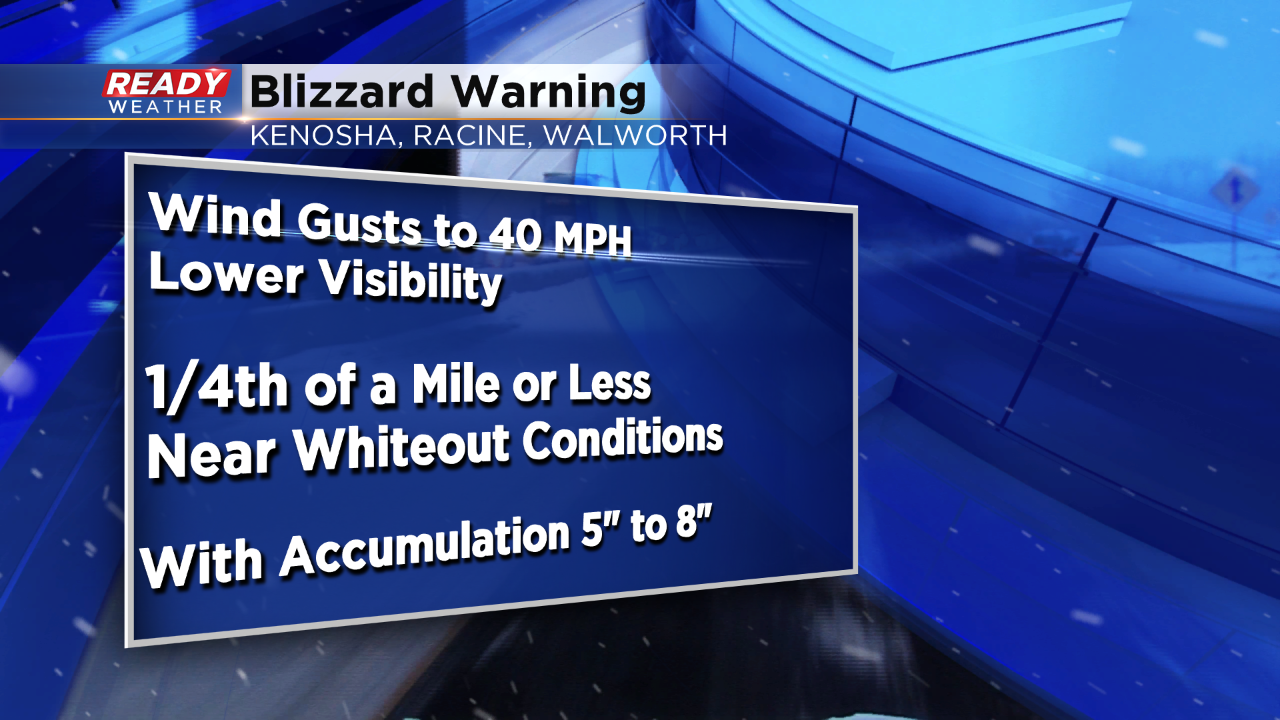 The NWS has issued the blizzard warning starting at 8 pm as they anticipate near whiteout conditions along the IL border. 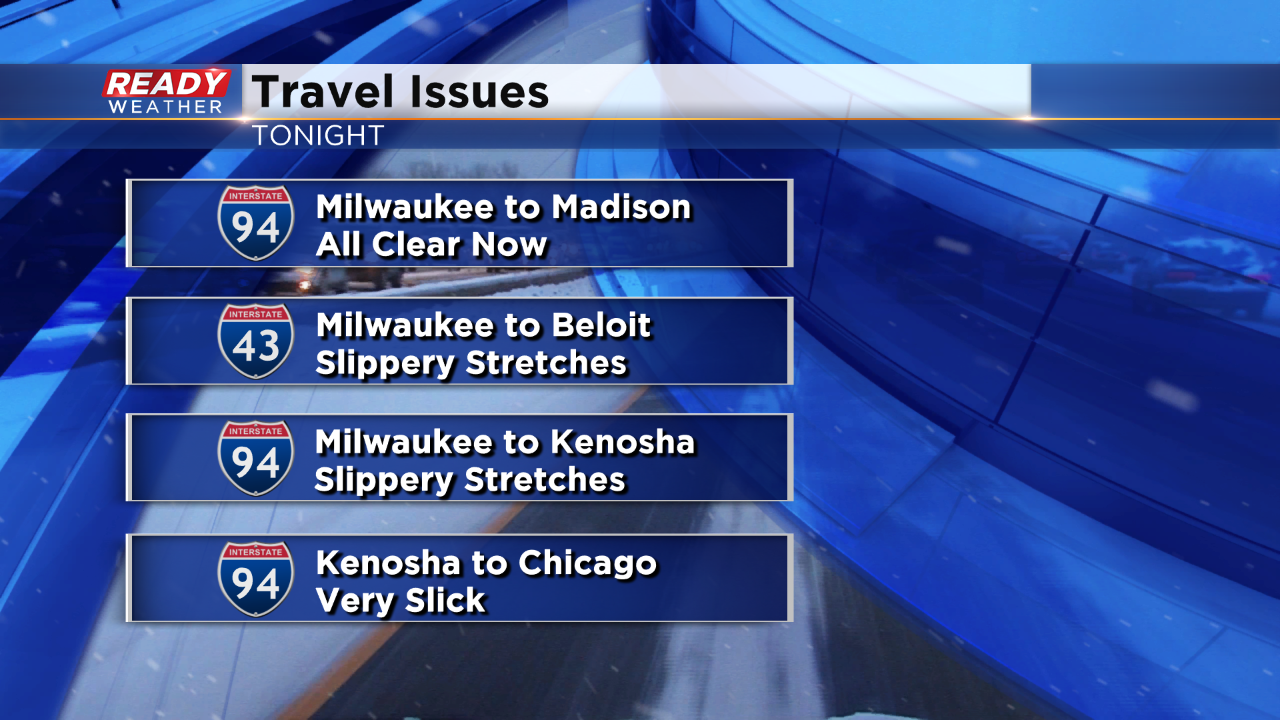 Snow continues to fall across Racine, Kenosha, and Walworth counties.  There are already reports of 2" of snow in those areas.  Travel is becoming slick south of Milwaukee. Please use caution! 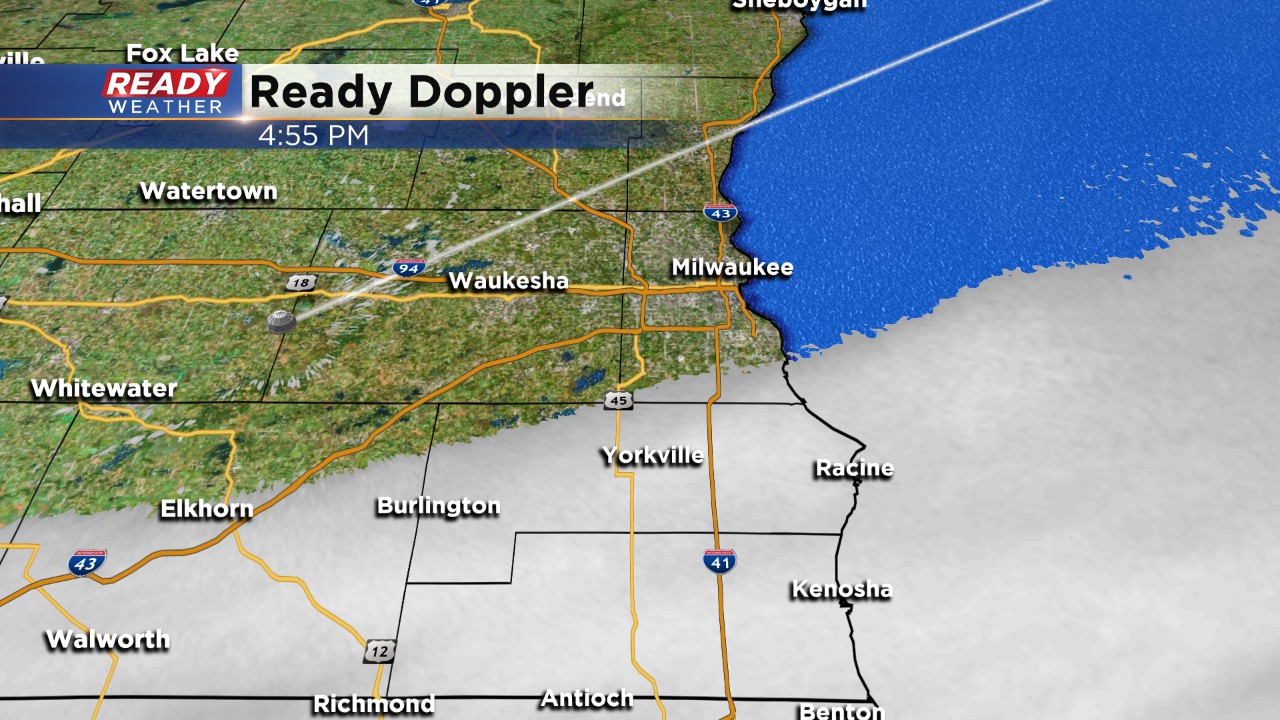 The snow hasn't moved much over the last hour.  Looks like it will creep into the metro around 7 pm! 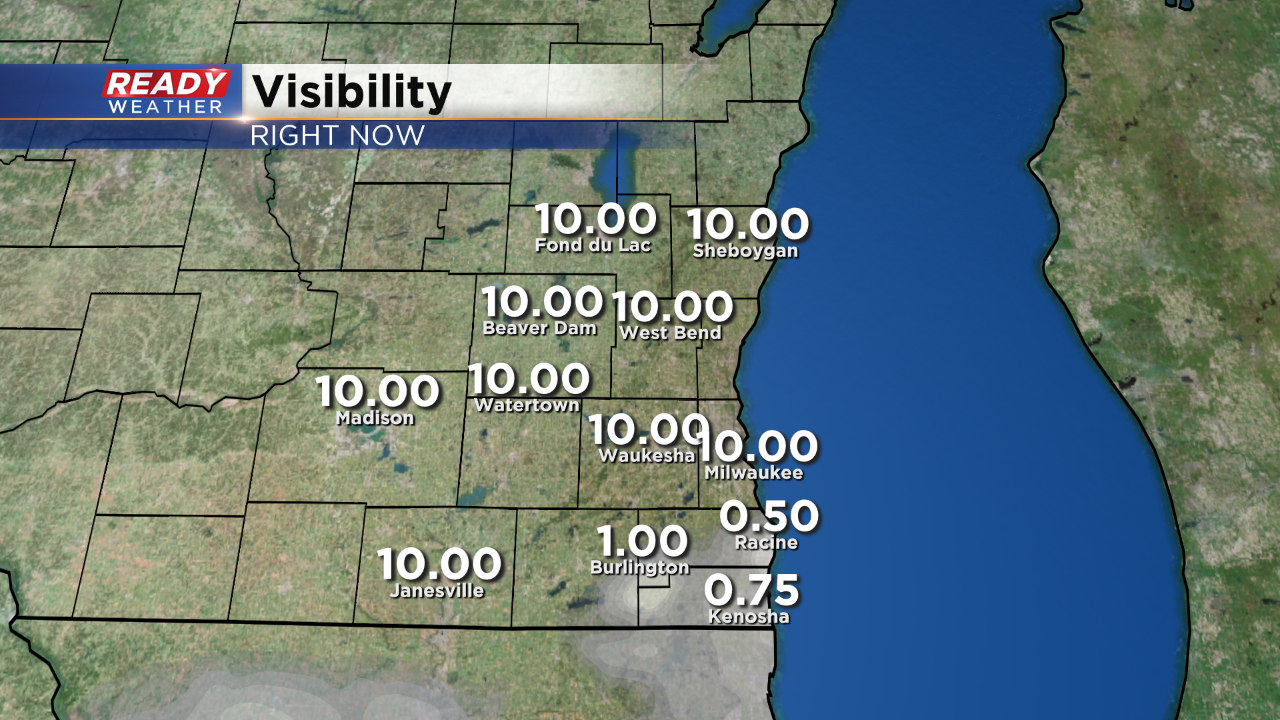 Snow continues to fall across Kenosha, Walworth,and Racine counties.  These areas are seeing moderate to heavy snow and that correlates with lower visibility.  That snow band will move into Milwaukee around 6 pm and then creep north!  The band will get to Ozaukee and Washington before retreating back south overnight. 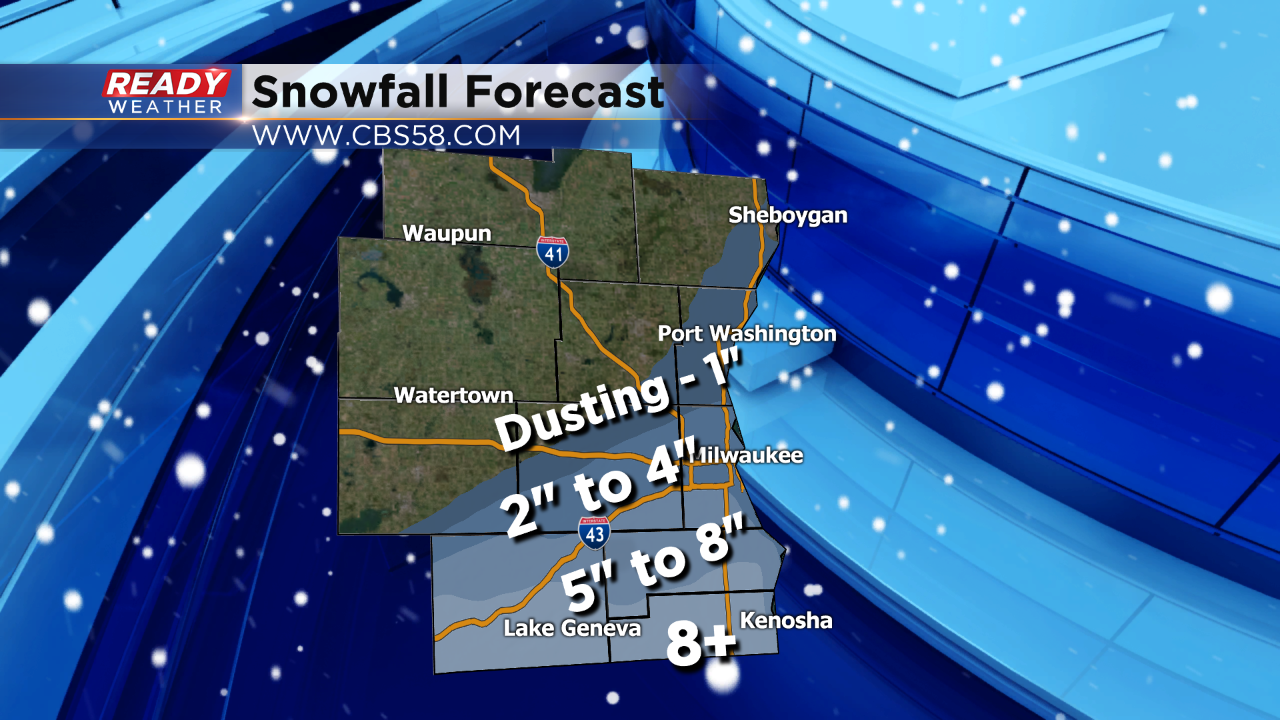 Look at the big difference from south to north!  That's the sharp cutoff we are expecting. 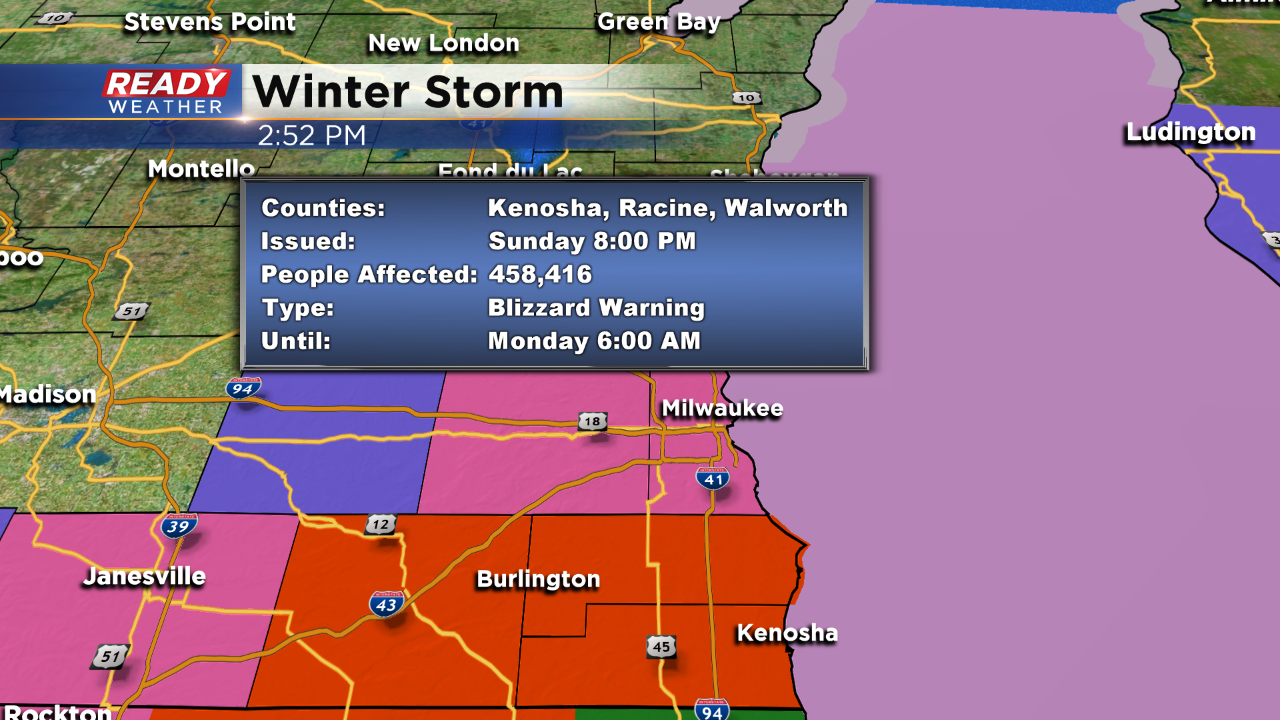 A blizzard warning has been issued for Racine, Kenosha, and Walworth counties.  Dangerous driving conditions will occur along the border of Illinois and Wisconsin!  Winds from 30 mph and 40 mph will cause reduced visibility and blowing wet snow.  Snowfall between 5" to 8" is possible in those areas.  Please use caution tonight! 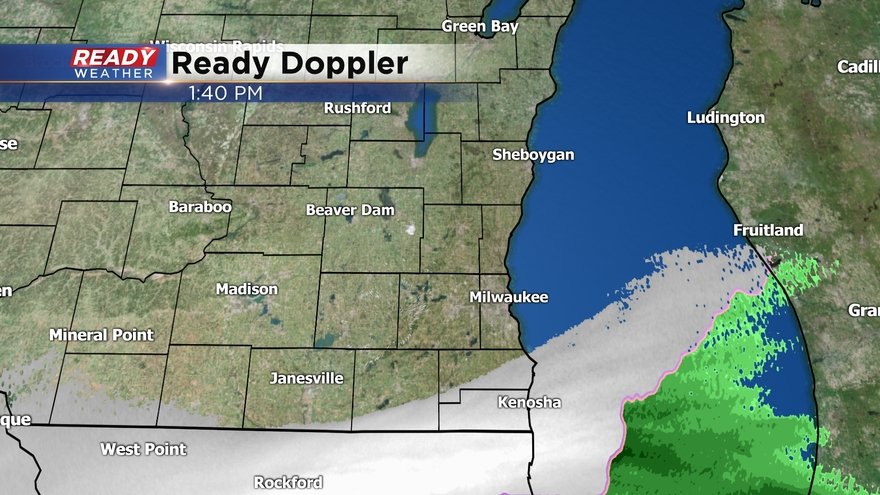 Snow is starting to show up across southern Kenosha county.  Wisconsin DOT cameras are showing snow there.

The trend will be for more snow to push further north this late afternoon and evening.  No changes to the current thinking for totals.  We will wait this afternoon to see if our border counties will be upgraded to a blizzaerd warning!

1 PM Update:  The area remains quiet for now, but snow will start to push north this afternoon. 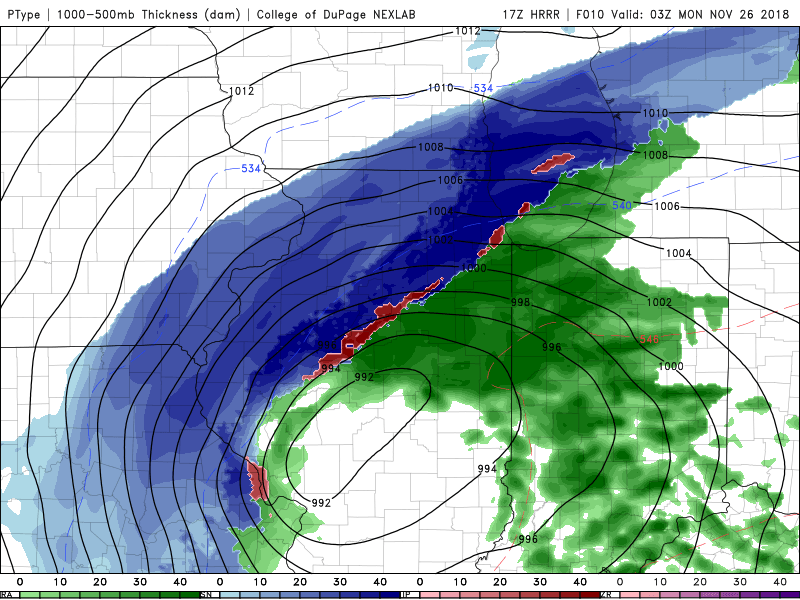 This is the HRRR model.  The fast updates allow us to track key changes to the snow forecast.  This picture is the snow falling during the evening. Look at the difference between Ozaukee county and Milwaukee county.  There's a very distinct cutoff.  That's what makes this forecast very challenging.  We feel confident that heavy snow will fall along the border of IL/WI.  That's fairly simple; however, as you go north toward I-94, that's when it turns tricky.  Those areas along I-94 might only pick up 2" to 4" while areas close to the border get 8".  Our northern counties might not get anything!

The other issue is the relatively warmer lake waters and how they will reduce totals right along the lake.  That NE wind could limit accumulation! 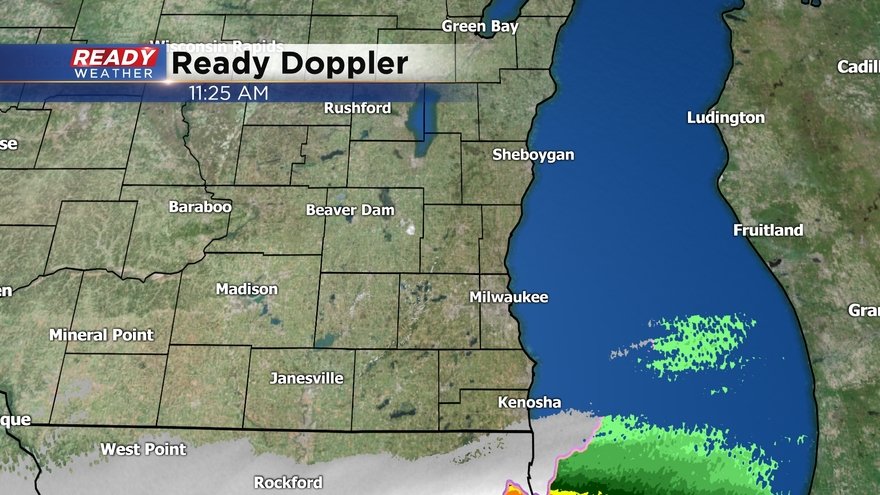 All remains quiet across SE WI this early afternoon.  A mix of rain, sleet, and snow is currently falling across northern Illinois.  That band of wintry weather will move north this afternoon and evening, especially south of I-94.

No real changes to the forecasted totals I posted from the 10 am update.  The models continue to show a very sharp cutoff north of Racine, Walworth, and Kenosha counties.

Expect an increase in snow by the late afternoon and early evening.

I will have another update around 1 pm!

Short term models continue to keep the heavy snow band across our southern counties.  There will likely be a substantial cutoff between high warning totals and winter weather advisory totals of a few inches.  Here is the latest thinking on snowfall totals by zones.  This could change and will be updated throughout the afternoon.  Our next blog update will be at Noon.

It's important to note that Kenosha, Racine, and Walworth could be upgraded to a blizzard warning with the combination of heavy snow, winds, and low visibility! 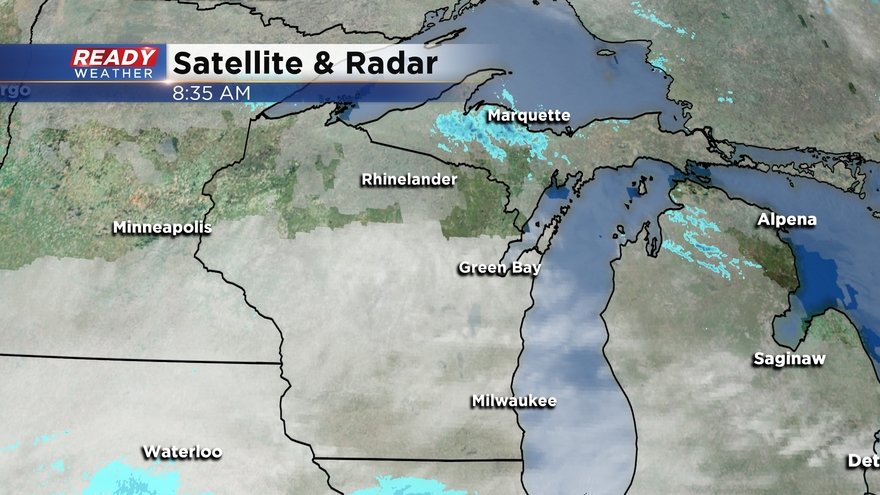 9 AM Update:  Temperatures remain in the middle to upper 30s.  Snow showers remain well to our south.  Snow is forecast to arrive by the late afternoon and evening hours.  Snow is expected to continue overnight and wrap up Monday morning.  The Monday morning commute will likely be impacted by snowy roads, especially south of I-94. 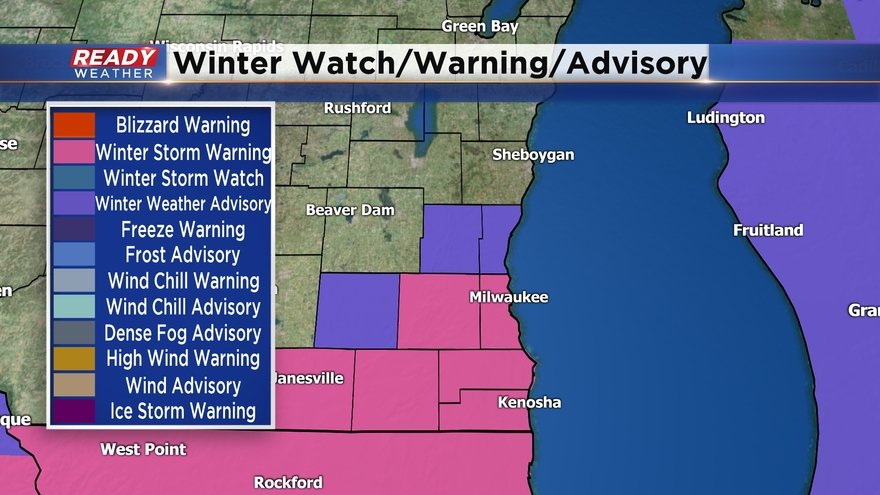 7 AM Update:  The NWS has expanded the winter storm warning to include Milwaukee and Waukesha counties.

The track of the storm has shifterd slightly north.  We knew there was a chance for some deviation, and with a jog to the north, higher totals can be expected.

There are some models that still keep the best accumulatimng snow right along the border.  Please check back for the latest updates throughout the day.

The first major winter storm is expected to hit southeast Wisconsin on Sunday, and the hardest hits could be in the southern tier of the viewing area. A blossoming low pressure system will flourish under great dynamics to strengthen over the next 12 hours blasting into the Badger State. Expect snow to start in the morning hours in the southern sections tomorrow. Those are going to be blanketed by the most snow.

The snow continues for the rest of the day, especially near I-94 and south in the region. North of that, the totals will be much lower with a very sharp cutoff between who sees piles of snow, and who might barely see anything. Due to this, only Walworth, Racine, and Kenosha Counties are under Winter Storm Warnings; Jefferson, Waukesha, and Milwaukee are under Winter Weather Advisories. 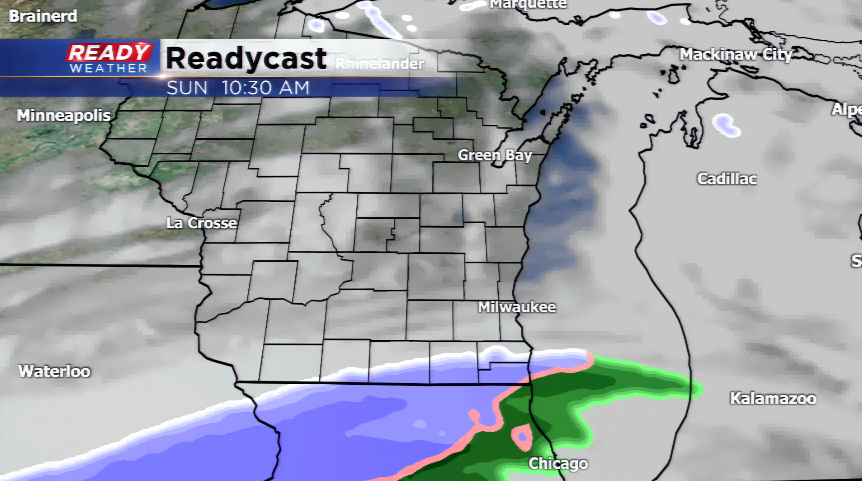 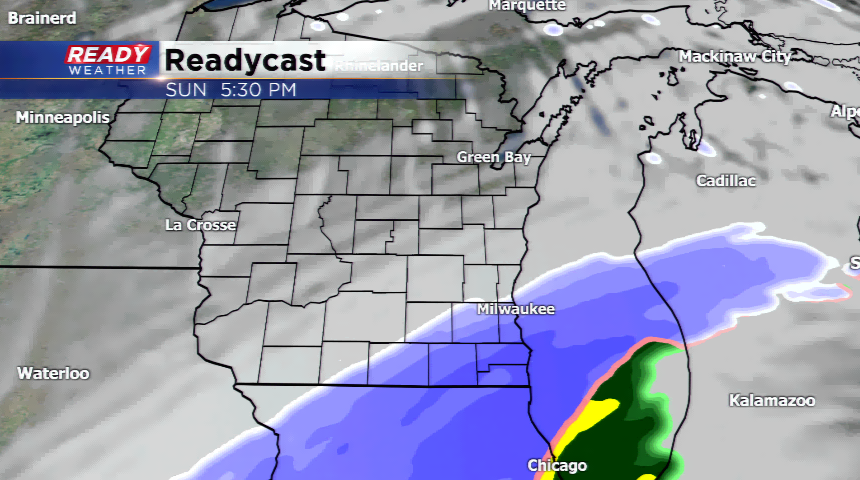 Snowfall totals could range in the warnings from 4”-8” and the advisories could see 2”-5”. Expect travel difficulties and whiteout conditions in some areas with gusty winds developing around the storm system. Snow will taper off from west to east by midnight Sunday night and early Monday morning. 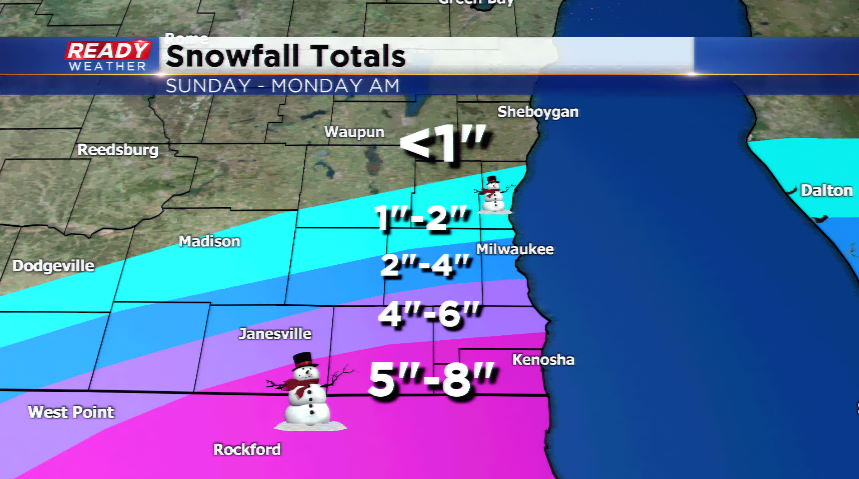