The Fine Print: Why Airlines can Kick you off a Flight 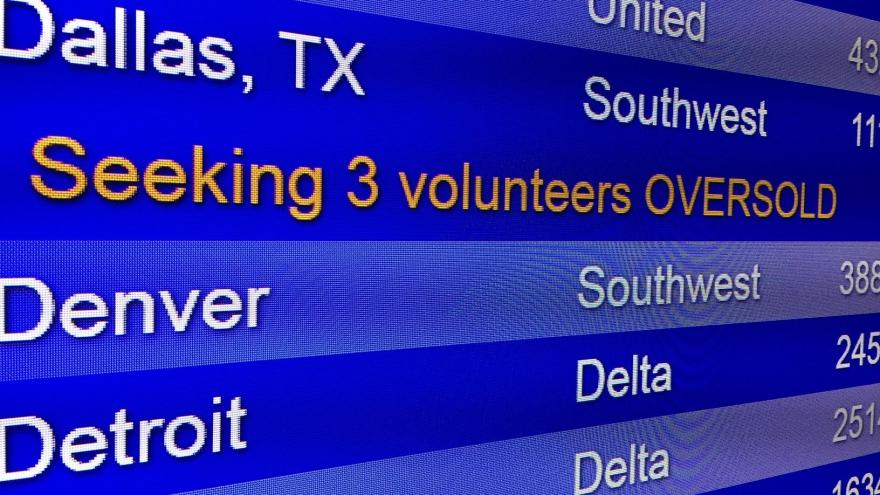 Video of a man being dragged off a United Airlines flight has gained international attention, and has many questioning what rights they have as airline passengers.

The simple answer: Not many.

Any time you buy a ticket with a major airline, you automatically sign what's called a \"Contract of Carriage\". In United's case, the document is over 10,000 words long, and lists dozens of reasons why they can remove you from a flight.

If a flight is overbooked, or crew members need to be added, airlines are legally required to ask for \"volunteers\" willing to take another flight.

\"They're typically soliciting customers well in advance of departure of the flight to look for volunteers in exchange for some value, usually a travel voucher but it could be cash,\" says Bob Mann, an airline consultant for RW Mann and Company.

Passengers at Mitchell International say those offers can be quite rewarding, if you've got the time to wait for another flight.

\"Usually one or two people, if they have a schedule that works well, will do it,\" says Kevin Kufahl. \"I've done it in the past, but it's been a number of years.\"

In the case of Sunday's United flight, passengers were offered up to $1,000 to leave the flight. Mann says airlines frequently go as high as $1350, so he's not sure why the \"bidding\" stopped there.

If nobody volunteers, airlines can pick and choose who stays, and who goes.

\"The need may not arise until very close to departure time, and that creates a different dynamic.\"

So how can you prevent being bumped? Mann says airlines tend to avoid removing families, military members, and people with disabilities.

From there, it gets complicated.

\"They'll avoid any customer who is deemed a high value customer, or in other words, a member of a frequent flier program.

Each airline lists their reasons in their contract of carriage. If you've got a few hours, here is United's contract.