The ADA at 25: What's next for disability rights? 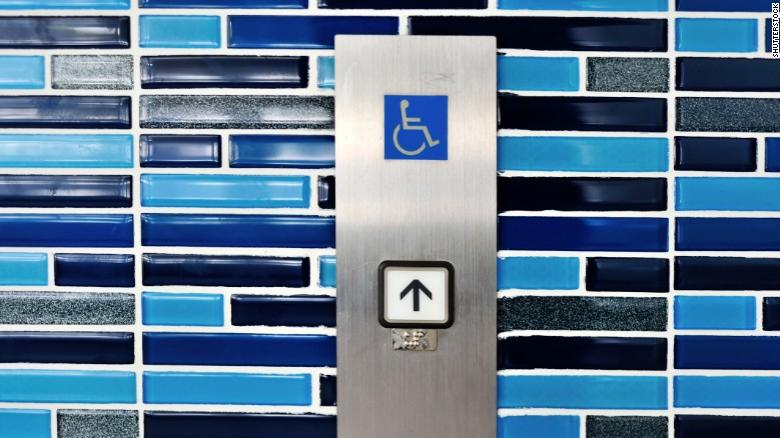 (CNN) -- Wrestler and martial artist Kyle Maynard has climbed Mt. Kilimanjaro, traveled the world and won an ESPY Award. It may come as a surprise to some people that he's done all of it, and more, as a quadruple amputee.

But it's not surprising to him.

\"If you have a physical disability, it does not mean that you're weak,\" he said. \"You're not fragile.\"

Maynard spreads that message as an advocate for people with disabilities. It was also the message of a historic piece of legislation -- and a civil rights movement that often goes unrecognized.

Sunday is the 25th anniversary of the passing of the Americans with Disabilities Act, the first comprehensive law prohibiting discrimination based on a disability. It offered protection from discrimination in employment as well as equal access to public and private services.

It's why Americans have wheelchair ramps, lowered drinking fountains and enlarged toilet stalls. But disability-rights advocates say there's more to be done to level the playing field for everyone.

\"A law can do so much,\" said Lennard Davis, professor of English at the University of Illinois at Chicago and author of the new book \"Enabling Acts: The Hidden Story of How the Americans with Disabilities Act Gave the Largest U.S. Minority Its Rights.\"

\"But what you really want to do is change the hearts and minds of people.\"

When President George H.W. Bush signed the ADA in 1990, it made U.S. workplaces, facilities and transportation more accessible to millions of people. Before the legislation, many people in wheelchairs could not reach a lunch counter or navigate a city sidewalk. Daunting staircases kept people out of jobs and businesses.

The analogy Davis uses, inspired by disability advocate Justin Dart Jr., is that the Civil Rights Act of 1964 created equal access to minorities by opening a door. The ADA created equality by rebuilding the door.

More than that, though, the ADA empowered disabled people. Maynard, who was born with a condition called congenital amputation and whose parents pushed him to be independent, experienced this evolution in thinking firsthand.

According to a 2010 federal survey, there are 56.7 million non-institutionalized people in the United States with a disability. The ADA Amendments Act of 2008, however, defines disability more broadly to include people with diabetes or epilepsy. Under this more recent definition, the exact number of Americans with a disability is not available.

The widely cited statistic is that one in five people has some form of disability.

Maynard extends the definition. Everyone in some way has something they are unable to do, he says.

Despite the progress over 25 years, social stigmas for the disabled persist.

Equal employment remains an issue. The ADA National Network highlighted it as one of the current barriers to equality. The employment rate for people with disabilities in 2012 was 33.5%, less than half the rate of people without a disability, according to a report by Cornell University (PDF).

Conversations about work force diversity rarely include people with disabilities, says Davis, who was born to two deaf parents.

Perhaps the largest hurdle, though, is how disabilities are represented in pop culture.

\"I think the next frontier is the cultural frontier, which is getting perfectly acceptable images of people with disabilities out there in the world,\" said Davis, who also is director of Project Biocultures, a think tank that looks at issues of culture, disability and biology.

Roles in TV and movies are rarely given to those with disabilities, he says. When a disability is part of a storyline, it is often portrayed as a problem that must be overcome, resulting in a third-act triumph.

Eddie Redmayne, for example, won an Oscar for his portrayal of Stephen Hawking, the famous physicist with ALS, in 2014's \"The Theory of Everything.\" A generation earlier, Dustin Hoffman won an Oscar for playing an autistic character in 1988's \"Rain Man.\"

Neither of these actors shares the disability of their characters. And they are just the most prominent of a long list of able-bodied actors who have portrayed disabled people onscreen, from Tom Cruise (\"Born on the Fourth of July\") to Sean Penn (\"I Am Sam\") to Kevin McHale, who played a paraplegic on the TV show \"Glee.\"

\"Why have actors who are not disabled play disabled roles?\" asked Davis, who likens the practice to blackface, the theatrical makeup used by white actors to represent a black person.

He praises TV's \"Breaking Bad,\" which cast RJ Mitte as Walter White Jr., a character with cerebral palsy -- a disorder shared by Mitte himself. The show did not make his disability a focal point of the storyline, which Davis believes helps destigmatize it.

Disabled-rights advocates would like to see technology expand access to the Internet. Accessing the Web can be difficult for people who are deaf, blind or otherwise disabled, although such tools as voice-recognition software are helping reduce barriers to getting online.

Another key next step for America is normalizing disabilities so they are not viewed as a limitation, Maynard says. He believes that when society creates opportunities for people through equal access, the reward is worth the effort.

\"There's no greater feeling than helping someone else have an experience they might not otherwise have had,\" he said.