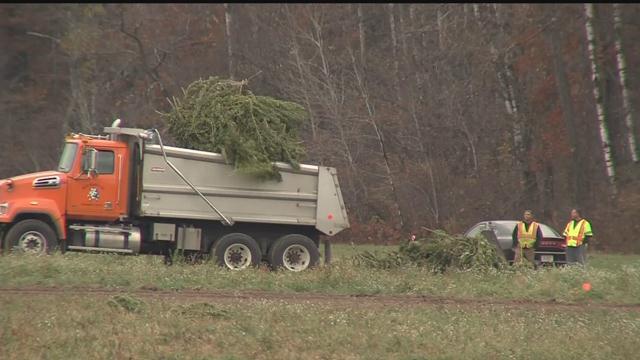 Menomominee Indian Tribe said the THC level increase in some of the industrial hemp plants that were seized would not result in producing plants viable for any recreational use.

The Tribe said this is an reaction statement to the DEA’s Warrant which resulted in the seizure of the industrial hemp crop on October 23.

Nowhere in the Warrant is there an allegation that the crop was anything other than industrial hemp, according to the release.

“It is important for our Tribal members to know that there is a big difference between Industrial Hemp and marijuana. The Industrial Hemp crop the Tribe was researching has no psychoactive effect. It can’t get you high. If someone tried to smoke those plants the only result would be a cough,” said Chairman Besaw.

Strains of cannabis with THC content below 0.3% are defined as industrial hemp not marijuana.

“We had discussions with the United States Attorney for the Eastern District of Wisconsin about providing additional information to our Tribal members about our industrial hemp crop. The United States Attorney’s office asked us not to make a public announcement until the Department of Justice had finalized their position on this issue. Out of respect for the Department of Just and based on a working relationship with the United States Attorney’s office that to date had been positive during the Obama administration, the Tribe refrained from making public statements about the industrial hemp crop. We now feel an obligation to provide additional facts and context to our Tribal members because certain implications drawn from the government’s Search Warrant affidavit are simply incorrect. More specifically, that implication that the Tribe ever intended to grow anything other than industrial hemp, and that Tribal leadership had ever been anything less than fully cooperative with the Department of Justice, is simply wrong,” said Chairman Besaw in a statement.

The Tribe, also, noted that strains of cannabis sold in Colorado for recreational purposes have up to a 30% level of THC.

“Let’s be clear, when we talk about plants possibly testing for a THC level higher than expected we are still talking about THC levels around 1% or less. That is not a type of marijuana that is smoked because it would not induce any type of psychoactive effects,” said Besaw.

Warrant states DEA agents gathered on October 18 samples. The samples were taken under the understanding that the results would be shared with the Tribe and federal officials in order to continue discussions related to this issue, according to the Tribe.

The Tribe told the federal officials if any of the industrial hemp plants tested above 0.3% the Tribe would destroy those plants itself.

The Tribe said it is reviewing all its legal options related to this issue.