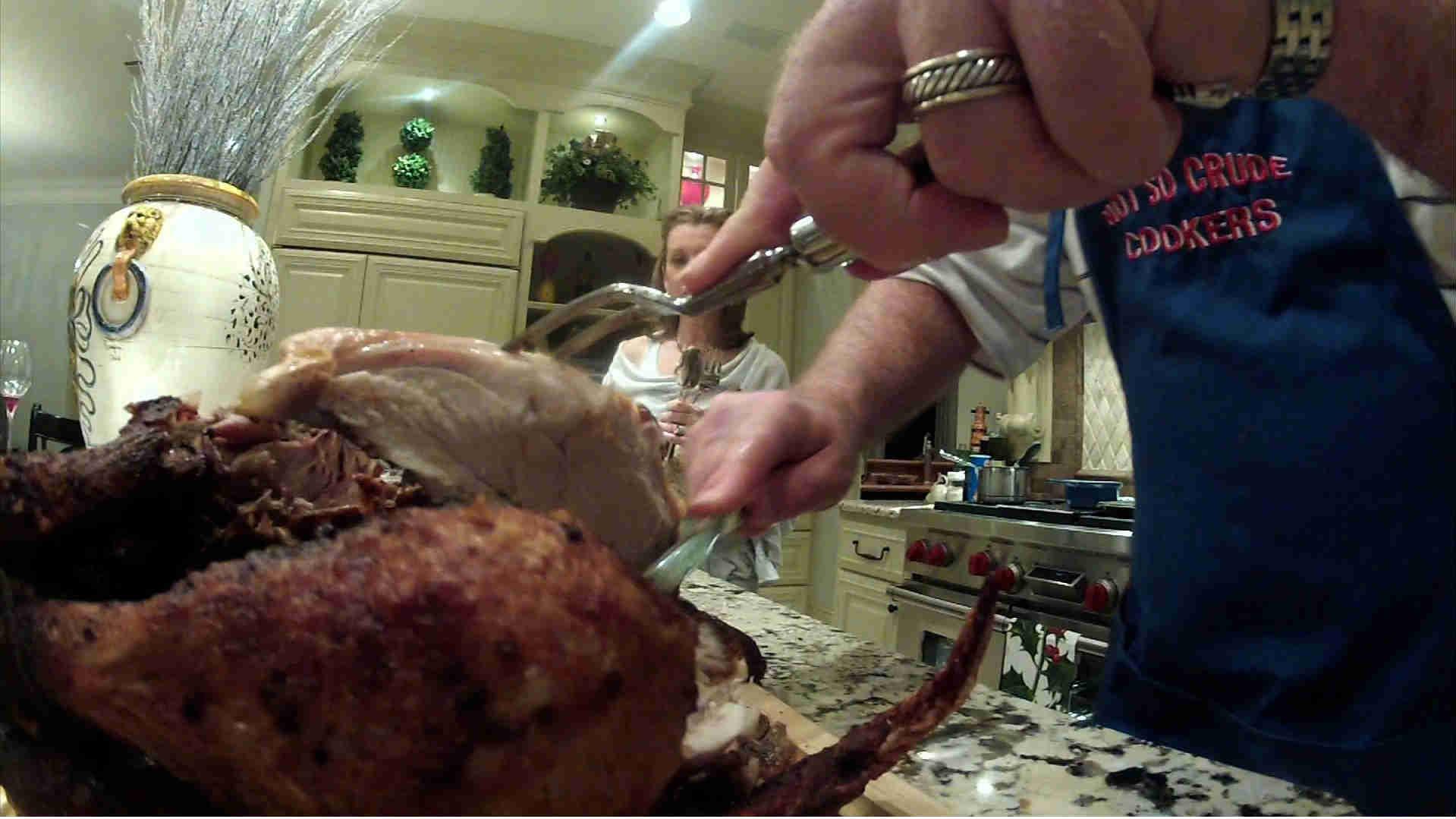 When the guests around your Thanksgiving table are busy stuffing their bellies today, here's one way to break the lull in conversation: dazzle them with some tasty turkey trivia.

Here's 9 to get you started. We bet you they'll eat them up!

1. A tradition is born: TV dinners have Thanksgiving to thank. In 1953, someone at Swanson misjudged the number of frozen turkeys it would sell that Thanksgiving -- by 26 TONS! Some industrious soul came up with a brilliant plan: Why not slice up the meat and repackage with some trimmings on the side? Thus, the first TV dinner was born!

2. Going shopping?: Not if you're a plumber. Black Friday is the busiest day of the year for them, according to Roto-Rooter, the nation's largest plumbing service. After all, someone has to clean up after household guests who \"overwhelm the system.\"

3. This land is my land: There are four places in the United States named Turkey. Louisiana's Turkey Creek is the most populous, with a whopping 435 residents. There's also Turkey, Texas; Turkey, North Carolina; and Turkey Creek, Arizona. Oh, let's not forget the two townships in Pennsylvania: the creatively named Upper Turkeyfoot and Lower Turkeyfoot!

4. Leaving a legacy: When Abe Lincoln declared Thanksgiving a national holiday, it was thanks to the tireless efforts of a magazine editor named Sarah Josepha Hale. Her other claim to fame? She also wrote the nursery rhyme, \"Mary Had a Little Lamb.\"

6. Ben's bird: If Ben Franklin had his way, the turkey would be our national bird. An eagle, he wrote in a letter to his daughter, had \"bad moral character.\" A turkey, on the other hand, was a \"much more respectable bird.\"

7. Born in the U.S.A.: Thanksgiving is not just an American holiday. Canadians celebrate it too. Except they do it the second Monday in October.

8. Don't blame the bird: You stuffed yourself, and now you're feeling sleepy, very sleepy. But it ain't the tryptophan in the turkey. In fact, chickens have more tryptophan. You're groggy because you overate. And digesting all that grub takes a lot of energy.

9. Talking turkey: Why is it called a turkey? Oh boy, this will take some explainin'. Back in the day, the Europeans took a liking to the guinea fowls imported to the continent. Since the birds were imported by Turkish merchants, the English called them turkeys. Later, when the Spaniards came to America, they found a bird that tasted like those guinea fowls. When they were sent to Europe, the English called these birds \"turkeys\" as well.