Thai, Malaysian Officials to Investigate Whether New Debris is From MH370 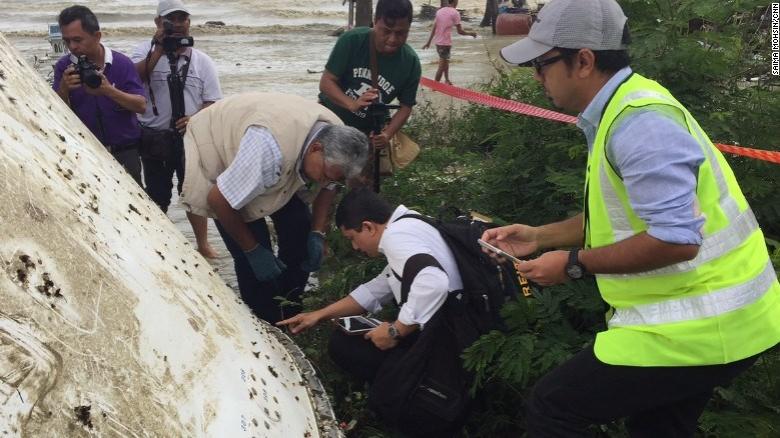 Bangkok, Thailand (CNN)Thai and Malaysian officials will investigate whether a large piece of curved metal found on the southern Thai coast could be from missing Malaysia Airlines Flight 370.

But analysts are already at odds about whether the debris likely came from a plane.

The debris was found Friday by a fisherman on the coast of Nakhon Si Thammarat province, Malaysia's official Bernama news agency reported Sunday.

The Thai Civil Aviation Department will dispatch air accident investigators to the site Monday, Deputy Director General Umphawan Wannago told CNN. There, they will meet Malaysian aviation investigators, she said.Malaysian Transport Minister Liow Tiong Lai said it's too early to speculate whether the debris was from MH370 and urged media not to jump to conclusions, as it may worry or upset victims' families, Bernama reported.MH370 vanished on March 8, 2014. It was flying from Kuala Lumpur, Malaysia, to Beijing, when it disappeared from radar.

Almost two years later, families of the 239 people on board still don't know what happened to their loved ones.

But last year, they received some sobering news: Malaysian and French officials said a piece of debris that washed up on the Indian Ocean island of Reunion came from MH370. The white, curved metal panel found Friday in Thailand is about the size of a man. Though the panel was covered in algae, mussels and barnacles, matching panel numbers and hinges can be seen on the riveted piece of metal.A Royal Thai air force spokesman told CNN he believes the debris was from a commercial jet.

"From seeing the pictures in local news, this is definitely not a piece from military aircraft, but it looks like a section from a big commercial aircraft in my personal opinion," Chief Marshal Pongsak Semachai said.

But Malaysian aviation consultant Gerry Soetjatman said the debris doesn't look like it's from a jet."It is obvious to me that it isn't a plane or MH370, but it's too early to tell what it is yet," he said.

Soetjatman said the raised rivets seen on the debris are "much more typical of what you find on a rocket." For example, he said, Japan has launched rockets in the past two years that could be the source of the debris.

Wannago, the Thai aviation official, stressed it's too early to tell where the debris came from.

"We cannot confirm whether this debris on recent news is from an aircraft," she said. "And we (won't) know what it is until we have a close inspection at it."

Semachai said the Thai air force plans to dispatch a team to collect the debris and bring it to Bangkok on Monday.