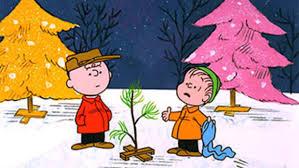 (CBSNews) KILLEEN, Texas - The Texas attorney general is criticizing a school district’s decision to remove a portion of a poster that included a biblical verse recited by Linus in the film “A Charlie Brown Christmas,” based off the Peanuts comics.

He said Thursday that the decision by officials in Killeen, north of Austin, is an “attack on religious liberty.”

But CBS Waco affiliate KWTX-TV reports that Killeen administrators argue school employees are not permitted to impose their personal beliefs on students.

A staffer had placed the poster on a school door. It shows Linus and the line from the gospel of Luke: “Unto you is born this day in the city of David a savior.”

“Upon review, it is clear that this display was not in keeping with the Merry Christmas Bill (House Bill 308), which requires that a display not encourage adherence to a particular religion,” the KISD said Friday.

One section of the law reads: “A display relating to a traditional winter celebration may not include a message that encourages adherence to a particular religious belief.”

With the “Merry Christmas” law, then-Gov. Rick Perry, R-Texas, attempted to codify educators’ ability to decorate schools - as long as there’s a secular symbol next to each religious one, or two religions represented. The law also legalized lessons about the “traditional winter celebrations” as well as wishing each other a happy holiday, Hanukkah or Christmas.

“While it’s a shame that a bill like the one I’m signing today is even necessary, I’m proud we are standing up for religious freedom in our state,” Perry said at the bill-signing. “Freedom of religion doesn’t mean freedom from religion.”

Though the bill is named after the Christian holiday, Perry said the law is not meant to protect one religion over another.

“People of faith often feel like they can’t express that faith publicly and, if they dare display it, they can find themselves under attack from individuals and organizations that have nothing to do with them or their communities,” Perry said. “[The law] ensures freedom of expression where - for many students, teachers and administrators - it’s most important.”