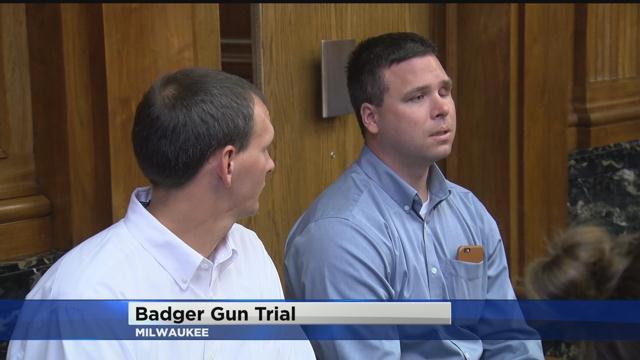 The civil lawsuit against Badger Guns is starting to call witnesses.

Two Milwaukee Police Officers filed the civil suits after they said Badger Guns didn't stop a straw purchase that led to the shooting of officers Bryan Norberg and Graham Kunisch.

A straw purchase is when someone buys a gun for someone who isn't allowed because they're underage or have a record.

Today they called badger guns employee Donald Flora and asked him if he had gone through training on how to spot a straw purchase or been given a federal guide.

Prosecutors also asked-once the straw purchase was discovered whether or not he was trained to not make the same mistake again.

Coming up tonight at 4 and 5, we will have more on this lawsuit on CBS 58 News.