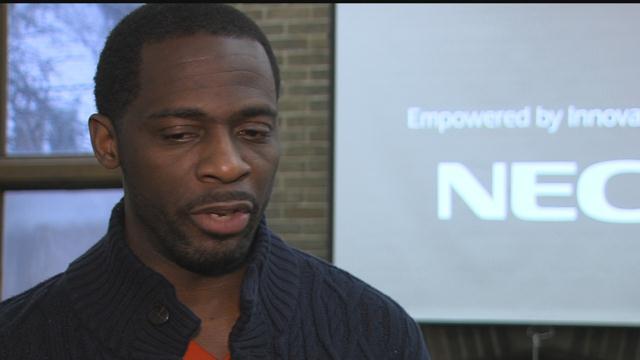 They're the ones most likely to witness or become a victim to gun violence in Milwaukee. So it was the young people of our city that gathered for a summit and to make a statement.

"When you got a funeral and all you see is teenagers sobbing over a friend, a loved one, someone they call a brother. It's really heartbreaking. How do we stop that?" asked James Austin, Teen Program Director at the Neighborhood House.

The violence is hitting too close to home for these Milwaukee teens who are begging for change.

"Why kill your own people? We bleed the same. We are human.Scratch the label that's been put on us since we were born," said Timberly Brown, who was friends with a young man killed by gun violence late last year.

It was standing room only at this Thursday's summit on gun violence...with a memorial  for 18 year old Joshua Words  on stage as a constant reminder of what these kids are losing everyday: Each other.

"He was just humble, had a heart for everyone, never mean," said Brown.

Brown says Words was robbed at gun point and killed and says his death shows people are just too quick to choose violence.

"They gotta pick up something bigger than a fight. And some may just wave it in your face to scare you, others may have the heart to shoot you," said Brown.

As teens shared their experiences with gun violence Thursday night and offered their own solutions, program director James Austin said its time to listen and support their efforts.

"Standing in front of the house of the person that's committing the crimes and saying hey you need to stop this or you need to leave the neighborhood. And if every neighborhood in city of Milwaukee does the same thing? Where else they gonna go?" said Austin.