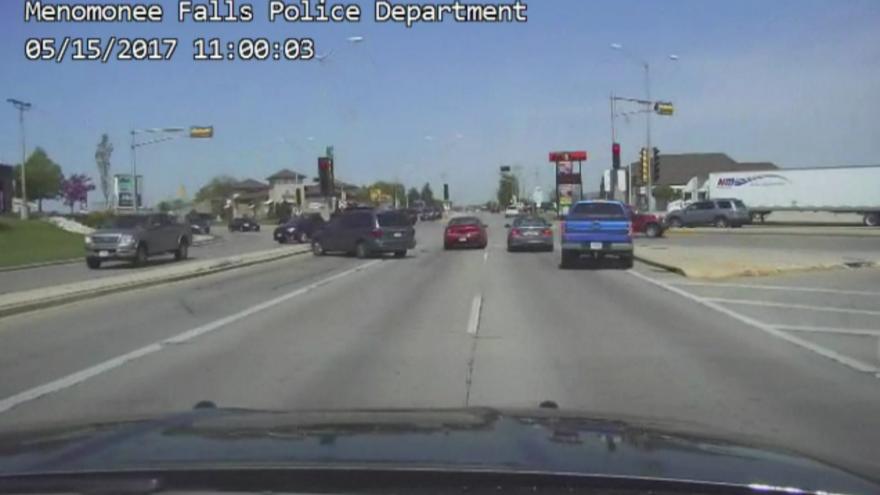 A trio of young teens was arrested near the Ozaukee/Milwaukee County line yesterday after leading police on a short chase.

The car was driving close to a red Jeep Liberty that had a broken window.

When officers tried to pull both cars over, they drove off.

The driver of the jeep got away but the teenagers in the red car got out and tried to run.

Police in Germantown are looking into whether the teens arrested in Menomonee Falls were responsible for other crimes reported nearby before the chase.