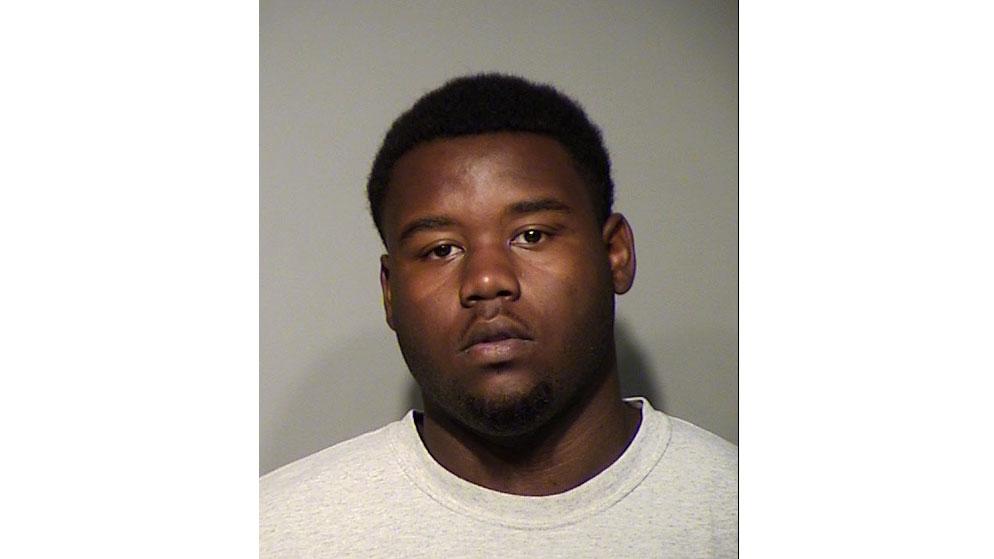 A 17-year-old is out on a signature bond after allegedly carjacking a woman at gun point at her home, being involved in a shooting, and then taking police on a chase in another stolen vehicle that ended in crash with innocent bystanders.

Damonte Goode is charged with 10 counts in the two cases.

According to the criminal complaint, a woman who lived in the 3200 block of North Dousman Street reported parking her vehicle at home when a man opened the driver’s side door.

The suspect was holding a firearm and pointed towards the floorboard of the vehicle.

He told her to let go of the vehicle.

Another suspect on the passenger’s side allegedly said, “She needs to get out of this car or you’ll blow her brains out.”

The woman dropped the BMW’s key fob and exited the vehicle.

She ran south on the sidewalk and east and called police.

She observed from her living room that her vehicle was still there.

A month after the incident, the victim was sent a message from someone who told her to call her. She went to Goode’s Facebook page and saw Goode had shared a post that observed a photo of two suspects holding a stack of cash.  The victim said she was positive the two suspects were the ones that robbed her.

She told police, "I will never forget that face."

Police were able to determine the photo came from “Steel Be Low’Fr” Facebook page which was Goode’s account.

Goode told police he purchased the car from a man named “Bucky” for $150 and that he was aware it was stolen.

The vehicle was reported stolen from 85000 block of West Nash Street.

The windows were too darkly tinted for officers to look into the vehicle.

The police activated the squad’s emergency lights and sirens.

The Ford increased its speed pulling away.

Next the vehicle conducted a U-turn on West Fond du Lac Avenue and then eastbound on West Hampton Avenue. It turned northbound on North 66th Street where it sideswiped a blue pickup parked.  It then collided with a small black car. The vehicle crashed into another vehicle, and then the suspects left the vehicle.

There were four juveniles in the vehicle, and Goode was identified as the driver. Goode admitted fleeing from police but denied knowing about firearms or the stolen vehicle.