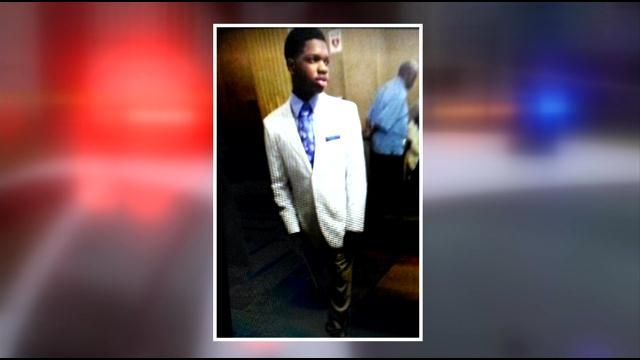 Kevin Cole is being treated at Children's Hospital in police custody. His condition is serious, but stable.

Police responded to the area of 26th and Nash on the City's North Side this past Friday of shots fired. Investigators say they spotted a 16-year-old, and 15-year-old Kevin Cole, both were arrested. Police say Kevin Cole had a semi automatic handgun on him.

\"We don't know anything about that, about him having a gun\", said Kevin Cole's Grandmother Ruthie Cole.

The family is angry at the officer, and they're making some serious accusations.

\"They shot him in the back\", said Tamara Cole.

At this time, Milwaukee police say based on information received by the officer, and witnesses at the scene, Kevin Cole was shot in his lower right flank, while pointing a loaded gun at the officer, as he ran away.

Cole's family is now taking legal action, and they've hired an attorney. Their attorney Craig Mastantuono sent us the statement:

\"In an effort to determine what happened, we are beginning our investigation and attempting to see our client at the hospital. In response to your inquiry about a civil claim, it's far too early to comment on that. \"

Since Kevin Cole did not die from his injuries, the Milwaukee Police Department is leading the investigation. Meanwhile, the officer involved in that shooting, a 13 year veteran on the force has been placed on administrative duty, pending the outcome of the investigation.