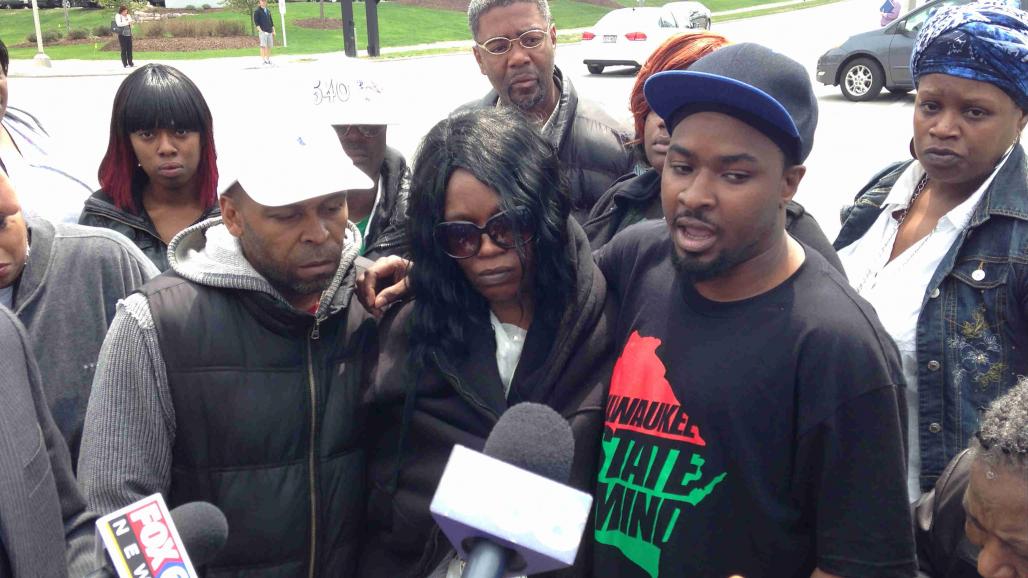 \"Please, anything,\" Cole said. \"Just let me hear his voice, just something. Let me see my child.\"

Cole gathered with supporters and family outside the hospital where her son has been held for 12 days. A Milwaukee police officer shot 15-year-old Kevin Cole on the city's north side after they were alerted to gunshots by the department's ShotSpotter program. Police say Cole ran from them and pointed a loaded semi-automatic handgun.

\"I just need to see my child,\" Cole said through tears while wearing sunglasses. \"He is not a criminal.\"

Police say they shot Cole in the lower right flank, which the family amounts to being shot in the back.

\"Every day is another day in anguish for my client's mom,\" attorney Craig Mastantuono said.

Mastantuono represents the teenager, but also hasn't been allowed to speak with Kevin. The attorney says Cole is out of the intensive care unit, but is being held in Children's on \"detainee status\" and hasn't been charged. The attorney worries police are trying to speak with the teen about the incident before Cole can talk with a lawyer.

\"Visitation, we feel, is a basic right and it's been denied of this parent as any parent would be concerned about their child under these circumstances or any other,\" Mastantuono said.

The family says Milwaukee police arranged a supervised visit, but Children's Hospital staff canceled it because of safety concerns.

\"It's just this back and forth between the hospital and police department which leads up to be suspicious of what's going on,\" family spokesman Shawn Muhammad said.

Hospital staff met with the family briefly Wednesday afternoon. But Tamara Cole left again without a guarantee when she'd see her son.

Children's Hospital issued a written statement Wednesday saying, \"According to policies set with law enforcement, patients in police custody are not allowed visitors, though we are able to provide daily updates on the patients' conditions to the family.

We nonetheless are very compassionate towards this family's concern and deeply respect all families desire to visit with a loved one receiving care. As such, we have been working with this family to seek alternative ways of connecting with their loved one. Those discussions began a few days ago, and we are hopeful we can reach a solution soon.\"

Milwaukee police chief Ed Flynn confirmed the policy for CBS-58 News, adding the family knew about the rules from day one. Flynn says the policy is in place for everyone's safety.