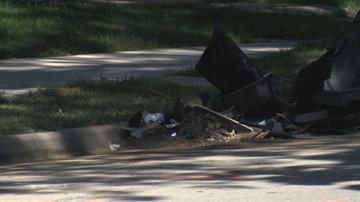 MILWAUKEE-- Milwaukee police are investigating after a deadly crash involving a stolen car.

A 17-year-old was killed when the vehicle the teen was driving was hit by a speeding vehicle that did not stop at a stop sign near 31st and Becher around 12:40 am.

The 17-year-old died at the scene and two occupants of the vehicle were taken to a local hospital with serious injuries.

The vehicle that the victims were in had recently been stolen from a nearby neighborhood.

The 23-year-old driver of the striking vehicle was taken to a hospital with non-life threatening injuries.

A 23-year-old passenger was not injured and remained at the scene. Two other passengers in that vehicle fled on foot after the accident.