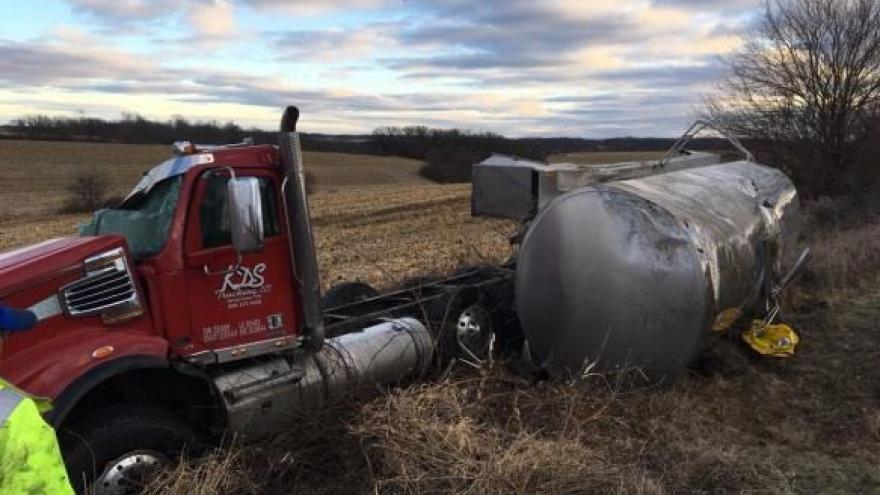 The preliminary investigation indicates a 2010 Honda Accord was driving north on Highway JG, when it went into the gravel shoulder, lost control, over corrected and crossed the center line hitting a milk truck driving south on JG. The milk truck left the road and rolled.

The teen driver was cited for unsafe lane deviation and a violation of the restrictions on her graduated drivers license. A passenger in the Honda Accord will be cited for underage drinking.

DNR assisted in transferring the milk into another truck which was taken to a facility to be disposed.

County Highway JG was closed for over four hours after the crash.