Teen came to school covered in feces, according to a search warrant 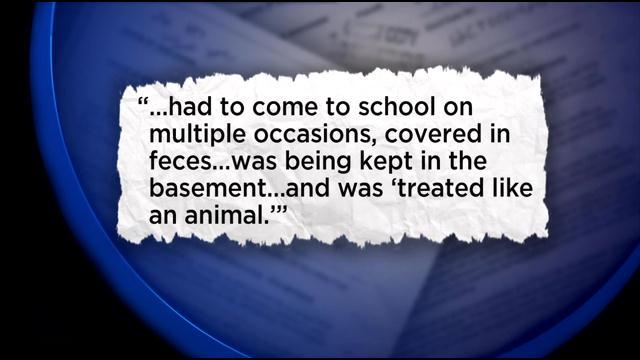 The Brookfield Police Department executed a search warrant on March 5, which uncovered evidence that may be used as evidence of child neglect. The department is not commenting on the case and referred all questions to Waukesha's District Attorney's office.

An anonymous tipster called the police department about a possible child neglect case.

The caller stated that the 13-year old girl had come to school on multiple occasions covered in feces, was being kept in the basement and was \"treated like an animal,\" according to the search warrant.

The teen attends Wisconsin Hills Middle School. School officials were aware of the situation and had reported it to Waukesha's Health and Human Services.

School personnel said that at least five time, the girl had come to school with \"soiled clothing or covered in dry feces.\" The teen also wore a pull-up diaper, the search warrant states.

The mother had been meeting with a family support specialist since Spring 2014.

The mom, according to the warrant, told the specialist the teen \"is not allowed to use the toilet or the sinks and … is not being showered, shampooed or brushing her teeth.\"

CBS58 chose not to name the parents to conceal the identity of the child. CBS58 also left a message to the Department of Human Services in Waukesha and is waiting to hear back.