Teen accused of assisting, filming girl's suicide to be tried for murder 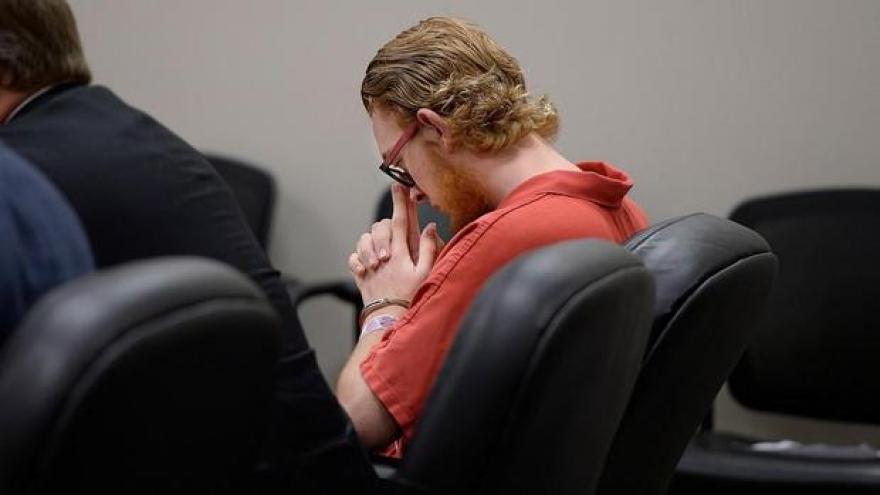 SALT LAKE CITY -- A judge has ruled an 18-year-old Utah man accused of encouraging a teen friend to hang herself and filming it because he was fascinated with death should stand trial on a murder charge.

Judge James Brady in a ruling Tuesday called the case unusual but said Tyerell Przybycien should be tried on allegations that he was deeply involved in 16-year-old Jchandra Brown's suicide planning.

The judge noted that police found a receipt showing Przybycien bought the rope she used and tied a knot in it for her. Przybycien also told her at times that he would also kill himself.

Przybycien told a friend that helping her would be "like getting away with murder," prosecutors have said.

His lawyers, though, have said the girl made her own choice — pointing to two suicide notes in her handwriting.

Brady said it will be up to a jury to decide whether the girl would have taken her life without Przybycien's help.

The Associated Press does not typically identify juveniles in crime cases, but the girl's mother has said she wanted her daughter identified to prevent anything similar from happening again.

The two drove on May 5 to a canyon about 60 miles south of Salt Lake City, where they tied the rope to a tree and fashioned a makeshift platform of rocks and wood underneath the tree.

Brown stood on the platform with the rope around her neck while Przybycien recorded a cellphone video of her inhaling compressed air from a canister, giggling and stepping off the platform, officials have said.

The judge in the case viewed the disturbing video in court in August before making his ruling.

It showed the two of them talking about her suicide before she put the rope around her neck and inhaled the can of aerosol, CBS affiliate KUTV reported. Deputies say Przybycien was still recording at the girl passed out and her weight caused her to hang from the rope and die.

In the 10-minute video, a male voice can be heard muttering "Um" and "OK" as the girl hangs, reported the Salt Lake Tribune. Authorities identified the voice as Przybycien's.

He at times appeared to be checking on her, the paper reports — saying, "Thumbs up if you're OK." But also reportedly made comments about her death, saying, "That's when the brain stops getting oxygen."

The video ends with the male voice saying, "I guess I'll just leave this here now," according to the Salt Lake Tribune.

Przybycien later told police he felt "extremely guilty" about helping her, though he said she had long felt suicidal and could have done it without him, according to a recorded police interview.

Przybycien also allegedly told police he had a "fascination with death."

Authorities found a receipt showing Przybycien bought the rope and a phone containing the recording. While detectives were investigating, Przybycien showed up at the scene crying.

He has been jailed since his arrest.

Przybycien is charged with murder, which carries a maximum penalty of life in prison.

A jury could also be asked to consider convicting Przybycien of a lesser charge, like manslaughter, which is punishable by up to 15 years in prison.

The case comes after Michelle Carter was convicted this year of involuntary manslaughter in Massachusetts for encouraging her suicidal boyfriend to kill himself in dozens of text messages.