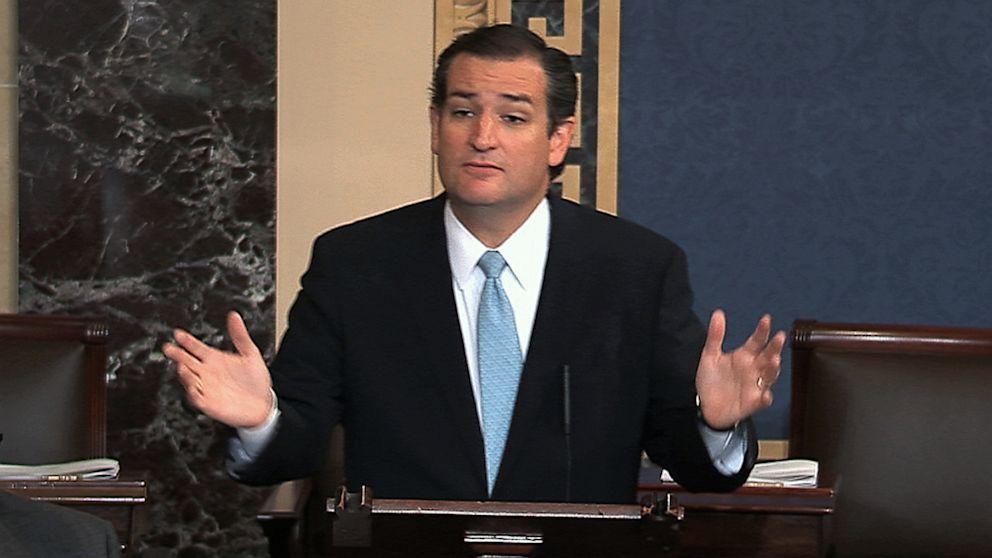 Cruz, during his first stop in Iowa since declaring his presidential campaign last week, also chided some big businesses for expressing opposition toward to the law, as well as against a similar bill in Arkansas.

\"I think it is unfortunate that large companies today are listening to the extreme left wing agenda that is driven by an aggressive gay marriage agenda,\" the Texas Republican told reporters.

His comments come after Walmart, which is based in Arkansas, spoke out against the bill, which, like the Indiana law, has prompted a wave of criticism by those who say it could allow for discrimination against gays and lesbians.

Arkansas Gov. Asa Hutchinson said earlier Wednesday that he won't sign a similar bill on his desk and asked the legislature to make changes or add supplemental legislation so that Arkansas is \"known as a state that does not discriminate but understands tolerance.\"

Pence said Tuesday he'd work to \"fix\" the Indiana law so that it doesn't pave a path for businesses to deny service to same-sex couples.

Cruz, who endorsed the Indiana law earlier this week, accused Democrats of fueling the opposition and launching an \"assault\" against lawmakers in Indiana and Arkansas that \"has been shameful\" and \"wrong.\"

Cruz, who spoke to a packed venue in Durango, Iowa, continues his visit Thursday, making several campaign stops across the first-in-the-nation caucus state. He announced Wednesday that his campaign has raised $4 million in the past eight days from 43,000 donors.