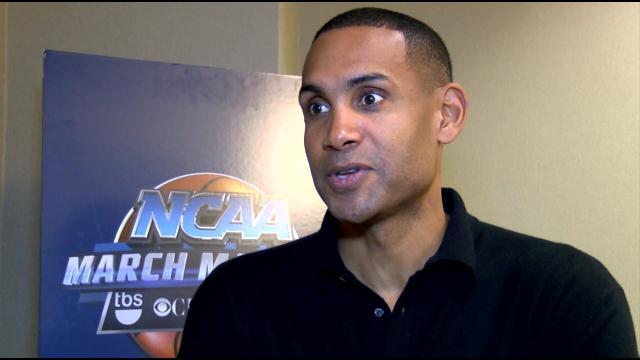 As both the players and announcers for Saturday's Final Four games prepare, you'd think it'd be the guys on the floor feeling the pressure, but as those behind the camera put it, they've got more nerves than the players.

Hill says there is something sacred about the NCAA Tournament, and that once the iconic music starts, the nerves come with it.  He's been studying the last four teams to make sure he's ready to go on game day.

Meanwhile, Raftery is making the move from radio row to TV for the first time.  Both analysts say they'll need to relax come game time, the same as the teams.

As far as the Badgers' chances?  Raftery says they are an exciting team and looks forward to watching their \"killer instinct.\"