Symposium Focuses On Reducing Violence And Crime In Milwaukee 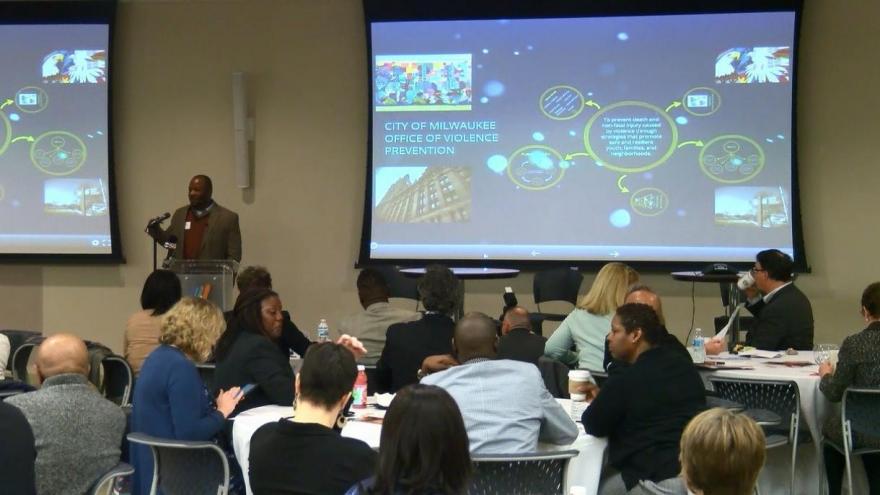 In an effort to reduce violence and crime in the city of Milwaukee, several organizations attended a half day symposium Thursday morning.

It was called “Safe MKE,” and organized by several groups including the Greater Milwaukee Committee, the Office of Violence Prevention, and the Prevention Institute.

More than 100 people attended and discussed ways on how to begin reducing the number of crimes and violent rates in the city.

Those who attended said  there is no single approach to reducing crime or violence, but it is an issue that has to be solved as a community and as a whole.

CBS 58 spoke with the keynote speaker, Howard Pinderhughes with the Prevention Institute.

He says the first step is the city needs to understand the root of the violence.  Not specifically from individuals, but rather the city as a whole, including government and community organizations.

There also has to be an understanding in the city, that everyone, no matter how powerful, has a role to play in reducing crime and violence.

“I get the question all the time, what’s the one most important piece. And the whole point is that violence is a complex issue, and there are many, many things that go into the production of violence. And so any effective strategy has to be a more comprehensive approach,” Pinderhughes explained.

Organizers say they hope to have more meetings in the future to involve more people. But they also say as important as these meetings are, it’s more important to take action.