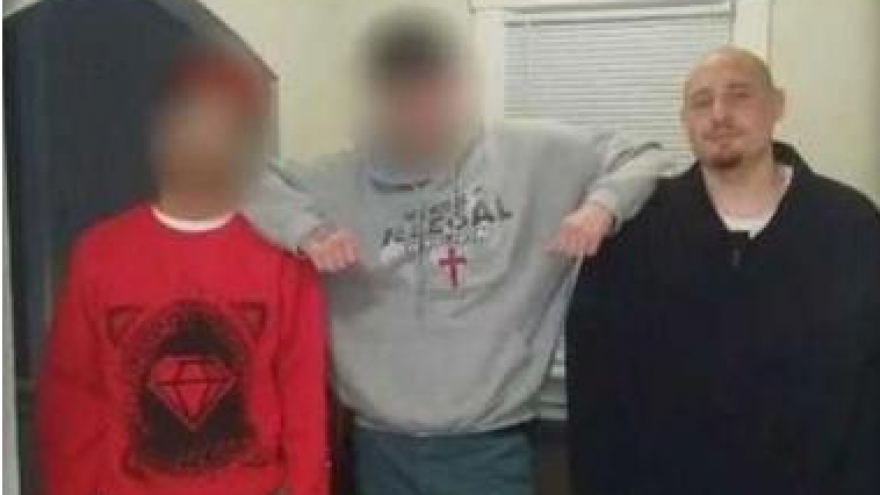 KANSAS CITY, Mo. -- The Wichita Police Department Friday confirmed Friday a prank call led to the deadly officer-involved shooting of a 28-year-old man, CBS affiliate KWCH reports. Police and FBI are investigating whether an argument over an online game prompted the prank call, which did not appear to involve the victim.

According to a 911 call Wichita police released, a man said there was "an agrument with my mom and dad" and gave an address. On the call, the man said he had shot his father. The caller said he was holding a gun up to keep his mother and younger brother in the closet.

"Are you guys sending someone over here because I'm definitely not going to put [the gun] away," the caller said. He then said "already poured gasoline all over the house, I might just set it on fire."

The caller also said "my dad isn't breathing, it's definitely giving me anxiety." After a few minutes, he stopped answering the dispatcher.

When police arrived at the house, Andrew Finch answered the door before being fatally shot by officers, Wichita Deputy Police Chief Troy Livingston said. According to KWCH, Livingston said the department's thoughts and prayers are with Finch's family and with the WPD officer who fatally shot him.

Andrew's mother, Lisa Finch, told KWCH that police told her the phone call was the result of "SWATing," when someone makes a fake phone call trying to get a SWAT team to respond.

"Due to the actions of a prankster, we have an innocent victim," Livingston said.

KWCH reports that Livingston said officers gave Finch several verbal commands to put his hands up. But, Livingston said Finch lowered his hands toward his "waist area" multiple times, eventually leading an officer to fire a shot for fear that Finch had reached for a weapon.

Livingston told reporters at the scene that police were called to the home after being "given some misinformation."

Dexerto, an online news service focused on gaming, reported that the series of events began with an online argument over a $1 or $2 wager in a "Call of Duty" game on UMG Gaming, which operates online tournaments including one involving "Call of Duty."

"We woke this morning to horrible news about an innocent man losing his life," Shannon Gerritzen, a UMG vice president, said in an email to The Associated Press. "Our hearts go out to his loved ones. We are doing everything we can to assist the authorities in this matter." She declined to disclose other details.

Cybersecurity blogger Brian Krebs posted Friday that he was contacted by someone in control of the @GoredTutor36 Twitter account, a serial SWATer who appears to be behind the call. Krebs writes that when asked if he had remorse over the man's death, he said "of course I do."

According to Krebs, this person has also taken credit for a false report of a bomb threat at the U.S. Federal Communications Commission (FCC) that disrupted a high-profile public meeting on the net neutrality debate, a hoax bomb threat that forced the evacuation of the Dallas Convention Center, and another bomb threat at a high school in Panama City, Florida, among others.

The FBI estimates that roughly 400 cases of swatting occur annually, with some using caller ID spoofing to disguise their number. An FBI supervisor in Kansas City, Missouri, which covers all of Kansas, said the agency joined in the investigation at the request of local police.

Lisa Finch told the newspaper that her son was murdered by police. She said he went to the door after hearing something, then screamed and was shot. She said the family was forced outside barefoot in freezing cold and handcuffed. She said her granddaughter was forced to step over her dying uncle and that no guns were found in the home.

"What gives the cops the right to open fire?" she asked. "That cop murdered my son over a false report in the first place."

The officer who fired the shot - a seven-year veteran of the police department - will be placed on administrative paid leave, which is department policy.

In other cases of apparent swatting, three families in Florida in January had to evacuate their homes after a detective received an anonymous email claiming bombs had been placed at the address.

A 20-year-old Maryland man was shot in the face with rubber bullets by police in 2015 after a fake hostage situation was reported at his home.

Rep. Katherine Clark, a Massachusetts Democrat, introduced an anti-SWATing bill in 2015 - then was herself the victim of SWATing. Armed officers in 2016 responded to an anonymous call claiming an active shooter was at Clark's home.