Swat Surrounding a Home in Janesville 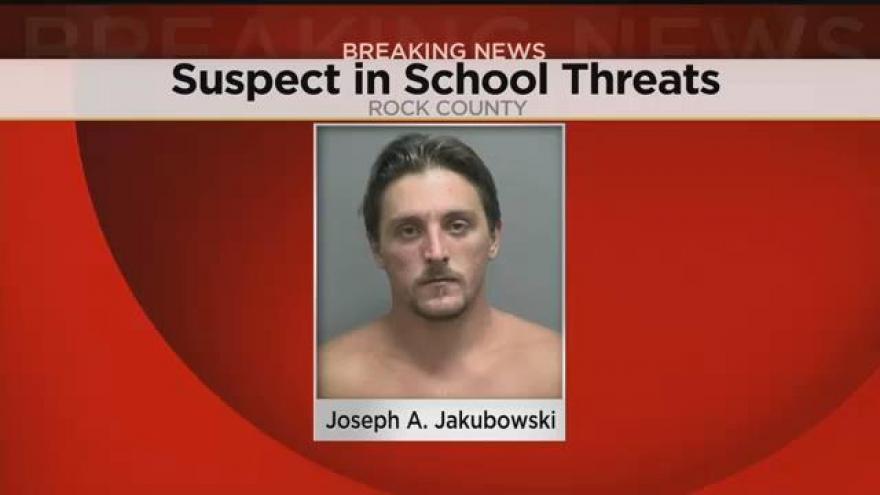 UPDATE: A swat team is surrounding a house in Janesville.

According to WISC's reporter Jenna Middaugh, the sheriff said there was a fire and the suspect's house is nearby.

Swat was sent as a precaution.

Swat team is breaking down the door of a house on Eisenhower Street.

SWAT team is breaking down the door of a house on Eisenhower Street in #Janesville #news3 pic.twitter.com/BUBQiwq1Km

SWAT team surrounding house in #Janesville. Sheriff says there was a fire & suspect's house is nearby so SWAT was sent as precaution #news3 pic.twitter.com/wZPyKbXtLy

ORIGINAL: A suspect in Janesville is now considered a national threat by the FBI.

The FBI is offering a $10,000 reward for information leading to Joseph Jakubowski’s arrest.

#BREAKING: A $10k reward is being offered for information leading to Jakubowski's arrest. He is considered armed and dangerous.

Schools in Rock County are closed on Friday because of the man hunt.

RELATED: Pewaukee School District is taking precautions because of manhunt

#BREAKING Janesville suspect believed to have a bulletproof vest and weapons. FBI says threats made in 161 page manifesto. @CBS58 pic.twitter.com/ew0TKpEHCf

Chief Moore said investigators do not know where Jakubowski is right now.

According to law enforcement, he wrote a 161 page manifesto that he sent to President Trump.

#BREAKING: The Suspect in the Janesville shooting threat that closed down schools is considered a \"National Threat\" by the FBI.

The manifesto was anti-government and anti-law enforcement.