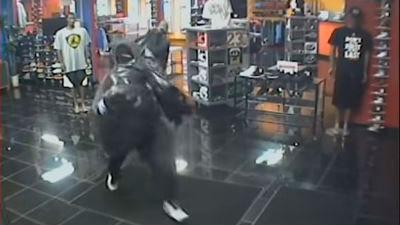 The robbery occurred on September 30 at around 7:00 PM.

In surveillance video, the suspects can be seen hiding their faces going in to the store and running out with garbage bags full of merchandise.