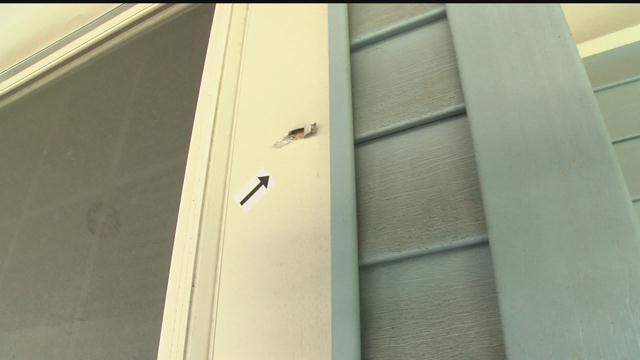 In a neighborhood on Milwaukee's north side is where Gus Jenkins opened the door to some unexpected visitors Wednesday morning.

"It was the police," he said. "They asked if I heard any shooting and I couldn't distinguish if I heard shooting. I just thought I heard knocking."

But there's evidence to prove there were gunshots.

A bullet hit his house near 25th and Vienna, after police say several rounds were fired at a Milwaukee Public Works sanitation truck.

"This is like little Cambodia here you know," Jenkins said.

A shotspotter alert sent officers to the scene. No one was hurt, but the city truck was hit by gunfire.

"They're shooting at a garbage man who's just trying to make a life for his family," said a fellow employee.

A DPW sanitation worker, who asked CBS 58 to conceal his identity, said the victim works out of a maintenance yard near 30th and Ruby and was on a recycling route. It's a job done with one person instead of two.

But this worker said it's still dangerous to do their job in many city neighborhoods.

"This is not the only incident, recent," he said. "We had also today a guy get a bottle thrown at the drivers window. It shattered and glass got all over him. We had a guy had a gun pulled on him last week, Wednesday, I believe and it was over a mattress."

The public works spokesperson said they're checking into the bottle incident and that they aren't aware of the threat over a mattress. But, it's clear to the community that something has to change.

"I've been here 35 years I'm not just gonna jump up and run out of here," Jenkins said.

Milwaukee police are looking for the two suspects who shot at the sanitation truck. As the investigation continues, DPW said it will review its policies and procedures on safety.