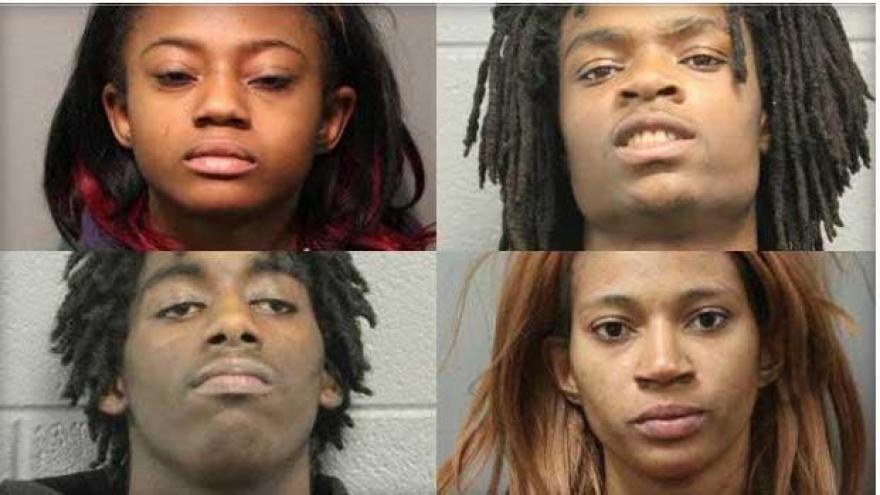 CHICAGO (CBS NEWS)-- Four black people charged with a hate crime in an attack on a white mentally disabled man that was shown live on Facebook have pleaded not guilty.

The Chicago Sun-Times reports that assistant public defenders for each of the four entered the pleas in Chicago on Friday. They have been in custody since early January. At their first hearing, a judge called them a danger to society and refused to allow them to post bail.

The case gained international attention because the attack was captured by a cellphone camera and shown on Facebook Live. On the video, the suspects are seen beating the schizophrenic victim and can be heard taunting him and shouting profanities against white people and then-President-elect Donald Trump.

In the video, the 18-year-old victim’s clothes were cut, he was peppered with cigarette ashes, and then his hair cut with a knife until his scalp bled.

“It’s sickening,” Chicago police chief Eddie Johnson said after the attack. “It’s sickening. You know, it makes you wonder what would make individuals treat somebody like that.”

Prosecutors said one of the suspects demanded $300 from the victim’s mother.

The four also face aggravated kidnapping and other charges.