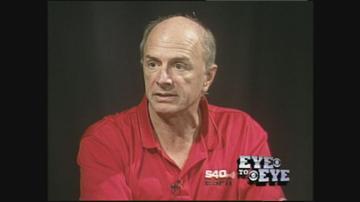 MILWAUKEE-Police are investigating a motor vehicle crash that happened shortly before 10 a.m. Wednesday at the intersection of W. Hampton Avenue and W. Fond du Lac Avenue .

Witnesses indicate that the crash happened when the driver of the the Cadillac failed to stop for a red traffic signal.

The driver of the Toyota was taken to a local hospital where he is in critical condition.  Officers continue to investigate whether the driver of the Cadillac was impaired at the time of the collision.

A law enforcement source tells CBS 58 News that the suspect has one prior conviction for driving while impaired.

The critically injured man has been identified as Steve \"The Homer\" True, a long time broadcaster for ESPN radio and Marquette University as the voice of Marquette Men's Basketball.

Head Coach Buzz Williams tells CBS 58 news that \"Homer is one of my all-time favorite people in the world and I sincerely mean that. Our thoughts and prayers are with him and his family.\"

Larry Williams, Marquette Athletic Director said that \"Homer is a beloved figure in the annals of Marquette basketball.  The entire Marquette University community is praying for Homer, his wife Nancy and his family this evening and we ask everyone do the same.\"

Governor Scott Walker also issued a statement saying he was sending out his prayers for True his neighbor and \"genuinely a great guy.\"