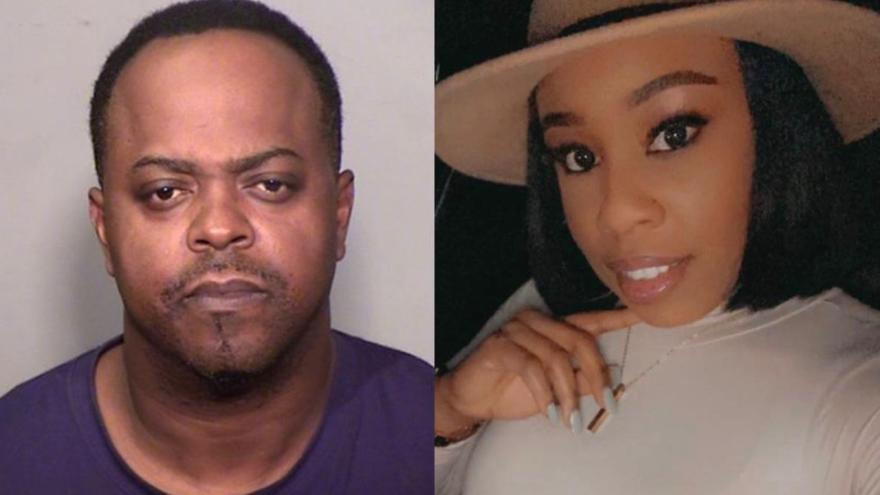 According to a criminal complaint, officers responded to a house fire at 83rd and Vienna just before 4:30 a.m. on Aug. 25 and located one deceased victim, later identified as Rogers, on the second floor of the residence. An investigation revealed the victim sustained a gunshot wound to the head.

A container of lighter fluid was found near the victim's body, and prosecutors call the evidence consistent with the victim's body being set on fire in an attempt to conceal her murder. An autopsy later revealed the cause of Rogers' death was multiple gunshot wounds and the manner of death was homicide.

The complaint says Rogers lived at the home with Blakney, her boyfriend at the time. Authorities noted multiple vehicles at the residence registered to Blakney, but said a black SUV was missing from the location.

Investigators spoke with an individual acquainted with the victim who said Rogers stated she wanted to leave Blakney because he was "crazy" and had been moving her things out of the house. The individual said he last spoke with Rogers on Aug. 24 via text, when she said she was returning home to get her last things and move out. Several hours later, he messaged to see if she was okay. Rogers reportedly responded that she was okay physically, but not mentally, and needed some time to herself.

At 4:30 a.m. on Aug. 25, the acquaintance reportedly received a text message from the victim's phone number that said, "you should have left her alone," followed by, "She dead." The individual said he responded back with a text that asked, "This Terrell?" and received a message back that said, "Yes."

A warrant has been issued for Blakney's arrest. He faces the following charges:

Court records show Blakney was out on bond after being charged with the felony offense of second degree sexual assault of a child in 2021. Blakney posted $5,000 cash bail in November, and on Aug. 15, 2022, pleaded guilty.

Court documents show prosecutors requested Blakney be put back in custody, but the court denied the motion.