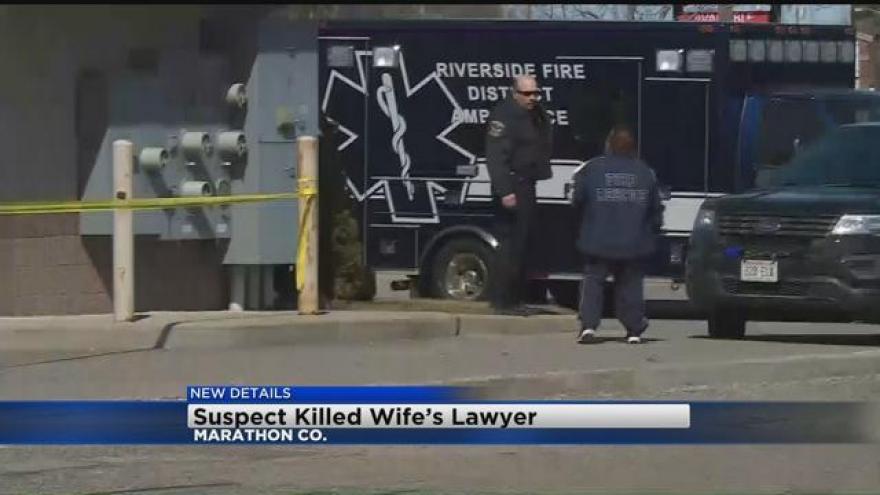 New details about a possible motive in a shooting rampage in Marathon County were released.

Court records show that one of the victims was representing the gunman's wife in their divorce.

The shooting started with a domestic dispute at a bank.

Then the wife's divorce attorney Sarah Quirt-Sann was gunned down in her office.

Veteran Detective Jason Weiland of the Everest Police Department among the dozens of officers who responded was also killed.

The suspect was wounded and at last report was in the hospital under police guard.