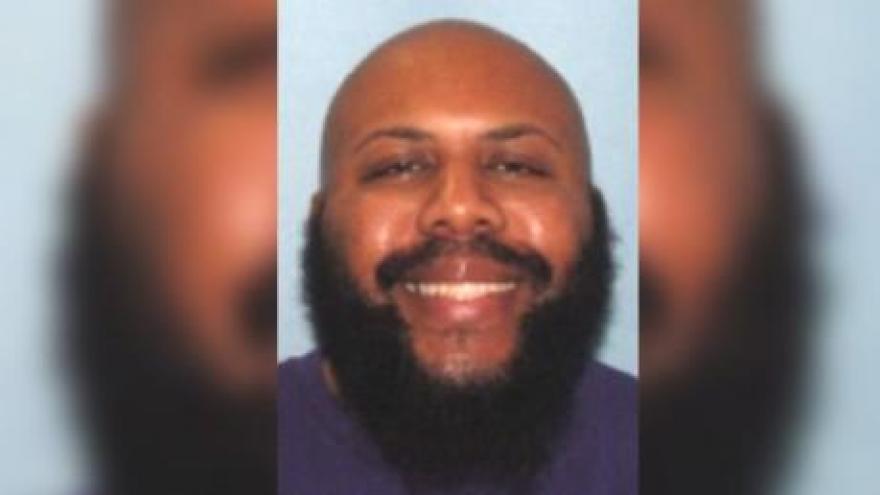 UPDATE: CBS News confirms the suspect in the killing on Facebook shot himself in Pennsylvania.

ORIGINAL: CLEVELAND -- During a frantic call to 911, people at the scene of Sunday’s fatal Facebook shooting are instructed by the dispatcher to provide medical attention to the 74-year-old victim, Robert Godwin, Sr., reports CBS Cleveland affiliate WOIO.

A man called 911 and described to the dispatcher what he saw -- an older man lying on the sidewalk suffering from a gunshot wound. He said it looked like the man was shot in the head or in the ear area.

A nationwide manhunt for suspect Steve Stephens was in its third day Tuesday.

Godwin was picked to be the victim at random, authorities say, adding that Stephens shot him while recording a video of the crime. Stephens then posted the video on his Facebook page. He also posted several Facebook Live videos bragging about an unconfirmed claim that he’d killed at least a dozen other people. He also partly blames his actions on troubles with his ex-girlfriend.

Stephens made his living mentoring teens in Cleveland, but his life appeared to be unraveling under the weight of gambling debts and trouble with his girlfriend, authorities say.

Rambling videos he shared showed his despair, saying he was out of options and wanted to kill as many innocent people as he could.

Stephens, 37, could be anywhere, authorities said. A $50,000 reward is being offered for information leading to his capture and prosecution.